Jose Maria Aznar has defended his support for Iraq war in a letter to colleague published in a book this week. 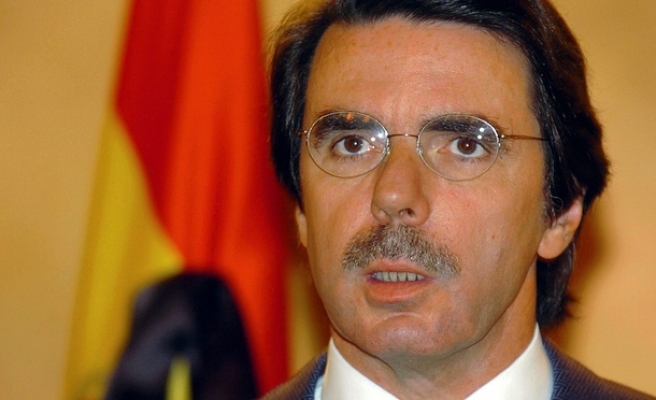 Former Spanish Prime Minister Jose Maria Aznar - an enthusiastic supporter of the 2003 Iraq war - has claimed his country emerged a “winner” from the conflict.

Aznar’s view of the war 12 years on emerged in a letter to Jose Manuel Garcia-Margallo, Spain’s current foreign minister and a political ally of Aznar.

“In terms of influence and international support for our goals, Spain emerged a winner,” Aznar wrote in the letter, dated Aug. 12 and included in a book by Garcia-Margallo published this week.

Aznar, who, along with George W. Bush and Tony Blair, was one of the loudest cheerleaders for the invasion, claimed he supported the war “out of pro-Atlantic conviction, because it was strategically good for Spain”.

He went on to say that “political reciprocity” played a role in his decision. “You cannot ask a friend for help, and later deny that same friend aid when he requests it,” he wrote.

Aznar, who ran Spain from 1996 to 2004, added: “We did what the majority of other European countries did, but our visibility was heightened because we had a non-permanent seat on the UN Security Council.”

Jose Ignacio Torreblanca, head of the European Council on Foreign Relations’ Madrid office, said Aznar’s actions were steered by relations with other leading EU nations as well as a desire to boost Spain’s and his own international standing.

“I think that Aznar did this out of intuition and emotion in a sense because his relationships with France and Germany were not good,” he told Anadolu Agency. “In fact he probably thought that Europe needed a shake-up.”

Torreblanca said Aznar felt Spain was being marginalized by the Franco-German axis in Europe.

“It was very personal and instinctive and going to Camp David was giving him an incredible international role which he hadn’t had before… so this was a great moment for him,” he said.

“It was the construction of an international image which was attractive to him personally and politically.”

“I think the words of Aznar are completely wrong and he should, at the very least, ask for forgiveness not only for the negative consequences brought on by his decisions but also because he completely went against public opinion,” he told Anadolu Agency.

Aznar and his conservative People’s Party government supported the war despite the opposition of more than 90 per cent of Spaniards and huge anti-war demonstrations across the country.

Last month, Blair gave an interview in which he offered a qualified apology for going to war. He said he was sorry for poor intelligence and planning and accepted the link between the war and the rise of ISIL but said he was happy to have ousted Saddam Hussein.

Blair’s former spokesman Alastair Campbell noted in his diaries, published in 2007, that Blair and Aznar were united in their enthusiasm for war in the face of domestic opposition.

Campbell wrote that Aznar joked with Blair that only 4 per cent of the public supported the invasion - “roughly the number you could get in a poll for people who believed Elvis was alive”.

However, Torreblanca warned against expecting any apology from Aznar.

“Even though Iraq didn’t turn out well for Spain with the bombings or the United States… I don’t think its Aznar’s style to apologize,” he said. “His apology would be an admission of domestic failure since he didn’t really make the big military decisions.”

The war led to ongoing violence in Iraq as the country slipped into chaos and sectarian violence.

Canadian, U.S. and Iraqi researchers have found the conflict caused the deaths of an estimated 461,000 people between 2003 and mid-2011 - a scenario that differed widely from the stated expectations of the U.S., British and Spanish leaders in the days leading up to the March 2003 invasion.

In a joint statement immediately before the attack, the leaders said they would “undertake a solemn obligation to help the Iraqi people build a new Iraq at peace with itself” and envisaged a “unified Iraq with its territorial integrity respected”.

Garcia-Margallo, who is also a member of the People’s Party, made clear his own opposition to the war in his book, All Skies lead to Spain: Letters from Inside an Airplane.

“The Spanish people did not understand, nor was anyone able to satisfactorily explain, the reason for that decision,” he wrote.

Aznar noted in his letter that Spain’s early support was purely diplomatic.

Spain did not participate militarily until a UN mandate was passed and its mission in Iraq did not last long.

Aznar’s party originally suggested Basque separatists ETA as the culprits. The attackers were later shown to be a terror cell linked to al-Qaeda.

In light of the attack - the deadliest terrorist atrocity on Spanish soil - the public looked to Aznar’s decision on Iraq and many concluded the war had increased the terror threat against Spain.