Polls show a large majority of people in the north-eastern region, which has its own widely spoken language and distinct culture, want to hold a referendum on independence. 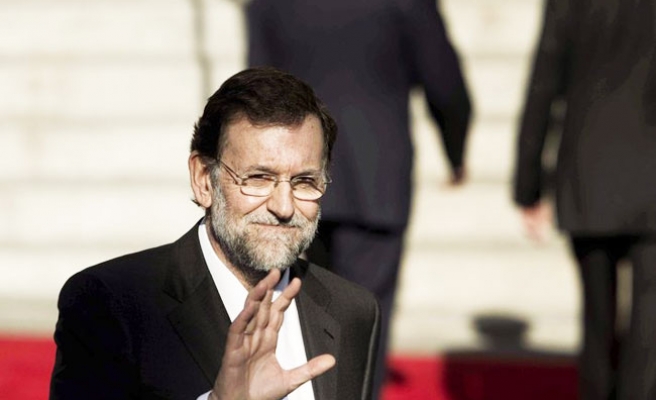 Spanish Prime Minister Mariano Rajoy called on Saturday for dialogue with Catalan separatists "within the limits of the constitution" as the government of the wealthy region resumed its campaign for a vote on independence.

The government of Catalonia had temporarily suspended campaigning for a Nov. 9 referendum on whether to break away from Spain after Spain's Constitutional Court agreed last week to Madrid's request that it review the legality of the vote.

But the regional administration of Artur Mas said in a new television advertisement on Saturday that it "has agreed to take the legal, political and institutional initiative to guarantee the right to decide the political future of Catalonia".

The film begins with the same images as a previous pro-referendum ad but after a few seconds the screen turns black and a voiceover in the local Catalan language informs viewers about the central government's move to block the vote.

Polls show a large majority of people in the north-eastern region, which has its own widely spoken language and distinct culture, want to hold a referendum on independence. While support for independence has been rising, however, it is not clear that Catalans would vote to break away from Spain.

The Spanish government argues that the planned referendum would breach the rule of law, and premier Rajoy called on Saturday for dialogue within the framework of the constitution.

"Law and dialogue, this is the way out of this situation," Rajoy said at a campaign event for his People's Party in Guadalajara, just north of Madrid, on Saturday.

"Initiating dialogue would be moving toward a common ground and there is just one condition, that it is done within the rules of play that apply to all of us, and that is the law."

Even though Scotland chose not to secede from the United Kingdom in a referendum last month, the fact the vote was allowed at all has been source of envy in Catalonia and boosted momentum for a similar plebiscite.

If the Catalan vote were to go ahead, it would not have any direct legal consequence but could be used to drive a negotiation process on devolution of powers to the region similar to those promised to Scotland by the British government.