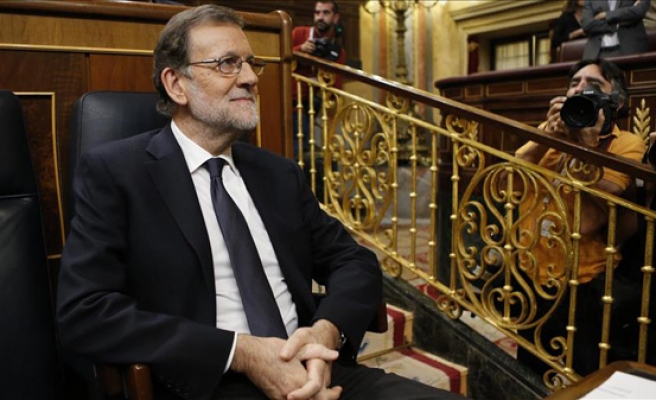 "The state has enough measures to recover legal normality," said Rajoy in the speech, hours after the Catalan Parliament declared independence and the Spanish Senate passed a bill to enact Article 155, which gives Madrid control of Catalonia.

Other measures that Rajoy referred to include the dismissal of Catalan political leaders including the president, vice-president and ministers and the closure of Catalan embassies abroad, effective immediately.

This is the first time in Spain’s history that Article 155 has been activated and Rajoy said it was a "sad day".

Meanwhile, in the so-called Republic of Catalonia, the streets remain full of separatists celebrating the newfound "independence" although some protesters have also taken to the streets against the unilateral declaration.

"There are times when it will be up to all of us to maintain this country," Catalan President Carles Puigdemont said following the declaration, calling on the masses to support Catalonia with "peace, civility and dignity".

Countries around the world have come out in support of Spain, including the United States and the European Union.