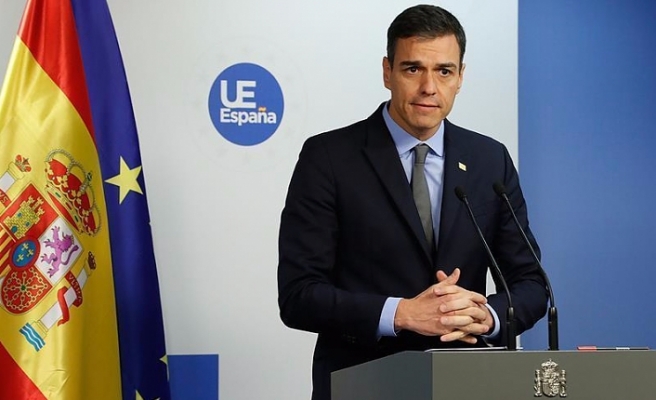 Spanish Prime Minister Pedro Sanchez Saturday called on the European socialists to be cautious about the rising extreme-right in Europe and said they "should do much more."

Party of European Socialists (PES) convened in Portugal's capital Lisbon to discuss the joint strategies ahead of the Europe Parliament (EP) elections to be held on May 26, 2019.

Speaking at the 11th congress of PES, Spanish Prime Minister Sanchez stressed that the socialists of Europe had to do self-criticizing before EP elections and step into action against the rising extreme-right.

"The explosion of extreme-right in Europe, the authoritarian attitude and symptoms experienced amid Brexit are obvious; what is done [so far] is not sufficient and we should do more," he asserted.

Spanish premier went on to say that one wouldn't support Europe and anti-Europe powers simultaneously at the elections. He added that the European socialists shouldn't wait as if their hands were tied and "break all the chains to progress."

On the other side, PES elected Dutch Frans Timmermans, the serving EU Commission's First Vice-President, as the common candidate for the commission's presidency.

In his speech to the delegates and attendees, Timmermans said: "These are not ordinary elections. These elections are about the soul of Europe. We need to adapt to a changing world. We are the political force with the willingness and capacity to do this. We need to write a new social contract with Europe’s citizens."

In addition, the European People's Party from right-wing nominated German Manfred Weber for the presidency.