Judge Jose Castro is expected to issue the summons against Princess Cristina, 48, this week, probably on Wednesday. 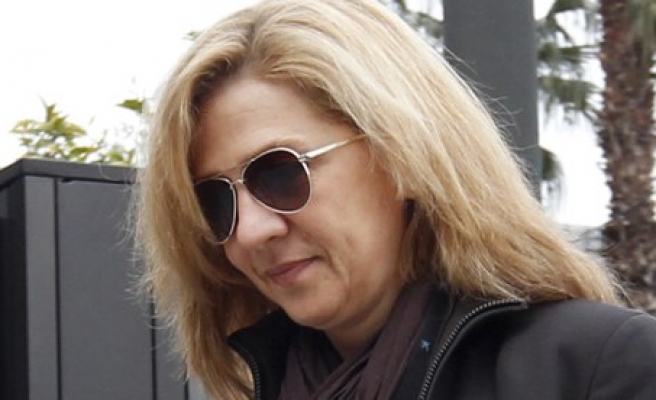 Reports indicate that the Infanta Cristina, sister of Spain's King Felipe, will be summonsed to court this week to face charges of money laundering and cooperation in the fiscal crimes allegedly committed by her husband, Iñaki Urdangarin, for which she could face up to 11 years in prison.

Judge Jose Castro is expected to issue the summons against Princess Cristina, 48, this week, probably on Wednesday.

According to Spanish daily 20 Minutos, if she is found guilty, she could face up to 6 years in prison for money laundering and another 5 for fiscal fraud.

The Noos case in which it is alleged that Urdangarin and a former business partner embezzled €6 million ($8 million) in public funds via the Noos Institute, a charitable foundation he chaired, is being investigated by Judge Castro.

Cristina was a member of the board of Noos and with her husband jointly owned another company, Aizoon. Investigators suspect that Aizoon served as a front for laundering embezzled funds.

It was reported that the money laundering charges against Cristina will claim that she accepted, managed and spent this money, in part on remodelling her palace and on the purchase of luxury goods.

Tax officials provided a document proving that Urdangarin dodged €240,000 in taxes in 2007 and 2008 where there prosecution received a boost in May.

Urdangarin had recently offered to pay back €337,000 to try to mitigate the case against him but that the proposal had been rejected, reported the National daily El Mundo.

Spain’s Attorney General is preparing to fight the royal summons. If her husband declares himself solely guilty Cristina could yet be spared from the charges.

During the prosecution of Urgdangarin this year, Cristina has already been questioned in court.

She replied "I don't know" some 182 times during her six and a half hours in the stand, used the phrase "I don't remember" on 55 occasions, and said "I don't know anything about that" some 52 times resulting an extraordinarily forgetful appearance in March.

Judge Castro said at the time, “The fiscal crimes that Urdangarin is accused of could hardly have been committed without at least the knowledge and acquiescence of his wife.”