The Hellenic Special Forces Reserve Union (KEED), a union of reservist soldiers, has caused a stir in Greece after calling for the resignation and replacement of the Greek government. 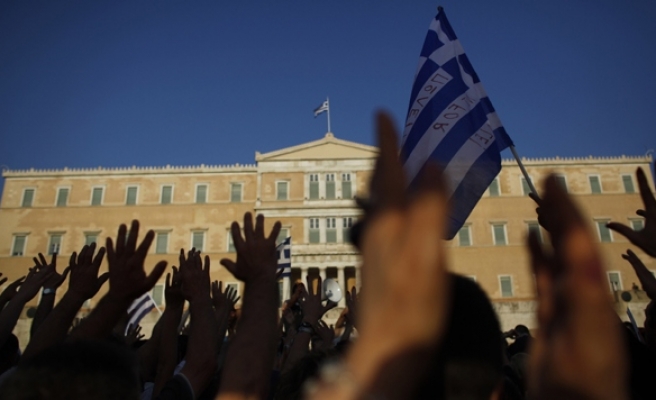 The union of reservist soldiers in Greece made a plea to the Greek government to step down and make way for the establishment of a national unity assembly on their official blog page last night. The statement, which lists a total of 15 demands, called on the Greek people to unite with the army in order to bring down the current coalition.

Despite not making an official statement in response to the threat, a Greek prosecutor ordered an investigation into the posting. Immediately following the post on Wednesday night, the Head of the District Attorney of Athens Mrs Panagiota Lenses attended an emergency meeting along with prosecutors Ioannis Sakelakos and Mr. K. Tzavelas from the Counter-terrorism Office. The Electronic Crime department of the Greek police will probe the posting to see if any laws have been broken.

KEED has threatened to hold mass protests in central Athens on Saturday at 4 P.M. at Syntagma Square, claiming their right to call for the resignation of the government under Article 120 of the constitution which states ‘the immediate resignation of the government for failing to implement the Constitution of Work (Article 22)’, that being the ‘health, education, justice and security’ of the country.

Among the fifteen demands is the seizure of German owned businesses in Greece until Germany pays compensation to Greece for damages caused during World War II. In addition to the suspension of all bailout obligations, it also demands that the government takes on its responsibility to protect Greece from threats in Cyprus, the Aegean, Macedonia, Epirus and Thrace. They have also called for the deportation of illegal immigrants from Greece.

jews, jews ,jews.Thank you , you will get same result you have always recieved.

Aren't the Greeks a massive immigrant group within Europe and the whole world? So if they want to kick out immigrants.... Shouldn't the mayority of Greeks around the world go home?