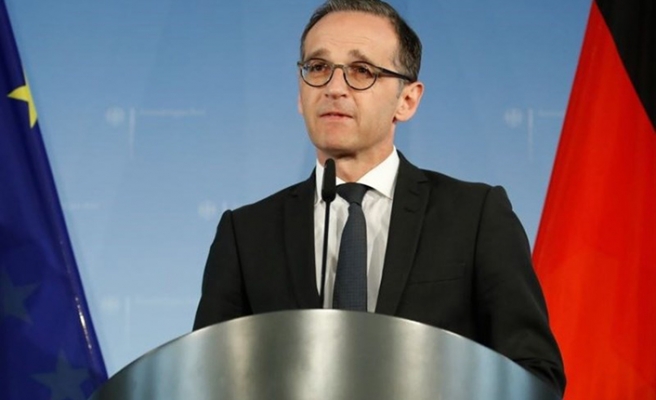 Germany reaffirmed on Friday its support for Turkey’s economic stability and announced that high-level talks between Berlin and Ankara would continue in the coming weeks.

“We have a great interest in Turkey’s stability, also its economic stability. On the other hand, I think that Turkey is capable of making necessary decisions to restore stability," Foreign Minister Heiko Maas told a news conference in Berlin.

He made the remarks ahead of a visit by Turkish Treasury and Finance Minister Berat Albayrak to Berlin later on Friday.

Several media outlets reported early this month that the German government was examining ways to support Turkey’s economic stability, amid worries at markets after currency falls and exchange rate fluctuations.

Maas said his visit to Turkey early this month was the beginning of a new process of improving ties between Berlin and Ankara, and stressed that high-level visits will continue in the coming days and weeks.

“It think it is much better if we engage with each other and talk to each other, instead of talking about each other,” he said.

Turkish President Recep Tayyip Erdogan is scheduled to pay a key visit to Germany on Sept. 28-29.

Political relations between Ankara and Berlin suffered several setbacks in the past two years, but both sides took steps in the recent months towards normalization of ties.