Pope Francis called for a Europe that "revolves not around the economy but around the sacredness of the human person". 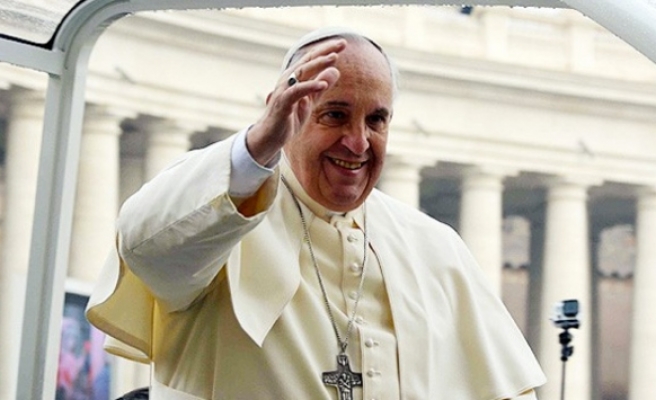 Pope Francis told Europe's leaders on Tuesday to do more to help thousands of migrants risking their lives trying to get into the continent, saying they had to stop the Mediterranean becoming "a vast cemetery".

Addressing the European Parliament for the first time, Francis also said Europe should create jobs and not allow the bureaucracy of its institutions to suffocate the ideals which once made it vibrant.

The Argentine pope has made defence of migrants and workers a key plank of his papacy. He has attacked the global economic system for failing to share wealth and chose the tiny southern Italian island of Lampedusa, which many migrants have died trying to reach, as the venue for his first trip as pontiff.

On Tuesday, he called for a Europe that "revolves not around the economy but around the sacredness of the human person".

"The time has come to promote policies which create employment, but above all there is a need to restore dignity to labour by ensuring proper working conditions," he said.

"This implies, on the one hand, finding new ways of joining market flexibility with the need for stability and security on the part of workers; these are indispensable for their human development," he said.

Francis spoke of Europe's immigration crisis a few days after 600 migrants were rescued in the Mediterranean between Sicily and North Africa.

"There needs to be a united response to the question of migration. We cannot allow the Mediterranean to become a vast cemetery," he said.

"The boats landing daily on the shores of Europe are filled with men and women who need acceptance and assistance," he said, calling on Europe powers to work together to protect immigrants from human traffickers.

The International Organisation for Migration (IOM) estimates that 3,200 migrants have died attempting to cross the Mediterranean so far in 2014.

Francis told the legislators Europe needed new impetus and energy, saying it often seemed "somewhat elderly and haggard", comparing it to a grandmother who is no longer fertile and vibrant.

"As a result, the great ideas which once inspired Europe seem to have lost their attraction, only to be replaced by the bureaucratic technicalities of its institutions," he said.

The Pope will also speak to the Council of Europe before returning to Rome.

The Council of Europe is an international organization that promotes democratic values. It is separate from the EU.

The 77-year old pontiff will travel to Turkey on Friday for a three-day visit to lead the Nov. 30th Saint Andrew's Day celebrations.