The bombing of a Parisian synagogue on Oct. 3, 1980 left four dead and 40 others injured 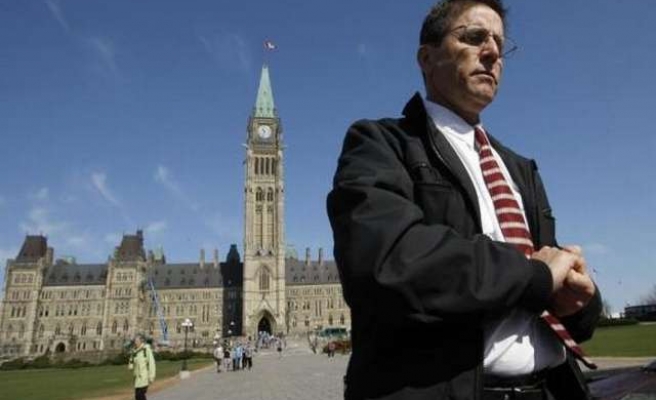 The main suspect in an attack against a synagogue in Paris on October 3, 1980 has arrived Saturday in Paris, according to local media reports.

Diab, a sociology professor at the University of Ottawa, will be presented to an anti-terror judge in Paris after losing his six-year legal battle against extradition in Canada on Thursday.

If convicted, he could face up to life in prison.

On Friday, Diab's lawyer, Donald Bayne, confirmed the news saying that his client had not been able to see his family before he left Canada. Bayne called the top court's decision "profoundly disappointing."

Commonly known as the "rue Copernic" bombing - referring to the street where stands the synagogue, the attack occurred on a Friday evening, the eve of the Jewish sabbath, and left four dead - a passenger, a biker, the guardian of the building across the street and an Israeli journalist - and 40 others injured.

Diab was arrested on November 13, 2008 in Canada, at the request of French authorities, who believe he was a member of the Popular Front for the Liberation of Palestine.

Diab has always denied being involved in the planning or execution of the attack.

In a statement read by a supporter during a news conference Thursday afternoon, Diab wrote: "It is beyond devastating that the Supreme Court would allow my extradition for a crime that I did not commit, and based on a handwriting analysis report that was shown by world-renowned handwriting experts to be wholly unreliable, totally erroneous and biased.

"I vow to never give up, and I will always remain hopeful that I will eventually return to my home in Canada and be reunited with my wife and children," Diab wrote.