A plane with 273 passengers on board flying from Canada to Pakistan has been diverted to Sweden after a bomb threat on board, Swedish news agency said. 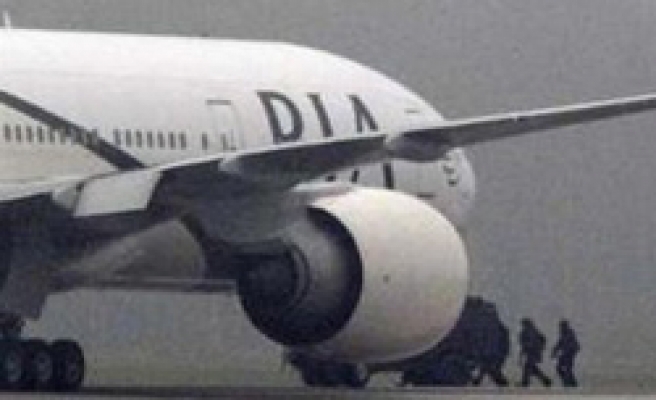 Police have detained and are questioning the man said to be carrying explosives on board a Pakistan International Airlines Boeing 777, which was diverted to Sweden while en route to Pakistan from Canada.

A plane with 273 passengers on board flying from Canada to Pakistan has been diverted to Sweden after a bomb threat on board.

Canadian police informed the pilot and, as the plane was in Swedish airspace, it was diverted to Arlanda airport, the main airport for the Swedish capital.

"He has been detained," said police spokesman Kjell Lindgren. The man was detained.

Spokesman Janne Hedlund at Stockholm district police said the plane was diverted from its flight from Canada to Pakistan and landed in Stockholm when a woman called Canadian police after it left Canada and said a man on board had explosives with him.

"So we are trying to establish contact with the man. All the passengers are still on board, sitting calmly," he said.

The spokesman said the police team at the plane, which was sitting with its engines idle at the end of one of the runways, would decide on the procedure of the evacuation, but that it would be done calmly. He did not know when it would start.

Stockholm district police spokesman Janne Hedlund said that no explosives had been found on the man. His baggage and the plane were being searched, he added.

He said that the man had passed through all the security checks before getting on the plane.

Hedlund did know which airline the plane belonged to but newspaper Expressen said on its website that it was a Pakistan Airlines jet on the way from Calgary to Karachi.