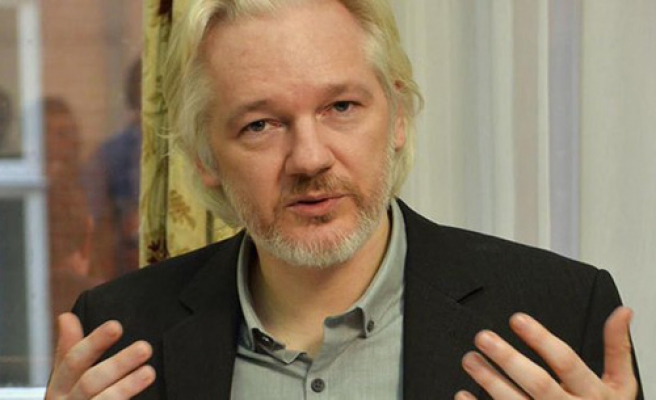 Sweden's prosecution authority said Thursday Ecuador had refused its request to let a Swedish prosecutor question WikiLeaks founder Julian Assange over a rape allegation, because Quito wanted an Ecuadoran prosecutor to do the questioning.

Ecuador rejected "on formal grounds" the Swedish prosecutor's request to interrogate Assange in the Ecuadoran embassy in London, the Swedish authority said in a statement.

Quito said in a letter sent to the prosecution agency that an Ecuadoran prosecutor would interrogate Assange if the Swedish prosecutor provided a list of questions.

Chief prosecutor Marianne Ny said her office was "now considering whether this affects the possibility of carrying out the investigation."

She said her office would consider whether to submit a new request to Ecuadoran authorities.

Swedish prosecutors would like to make headway in the case that has been deadlocked for nearly five years, after a Swedish woman accused the WikiLeaks founder of rape during his 2010 visit to Stockholm.

He denies the rape allegation and insists the encounter was consensual.

Prosecutors offered in March to question Assange in London, dropping their previous demand that he come to Sweden to answer to the 2010 allegations.

But Quito refused to allow such a meeting until a bilateral judicial agreement was in place. That deal was finally reached in December.

Assange, who is wanted under an international arrest warrant, faces arrest if he tries to leave the Ecuadoran embassy.

Assange fears that if he leaves the embassy he could eventually face extradition to the United States and a trial over the leak of hundreds of thousands of classified military and diplomatic documents in 2010.