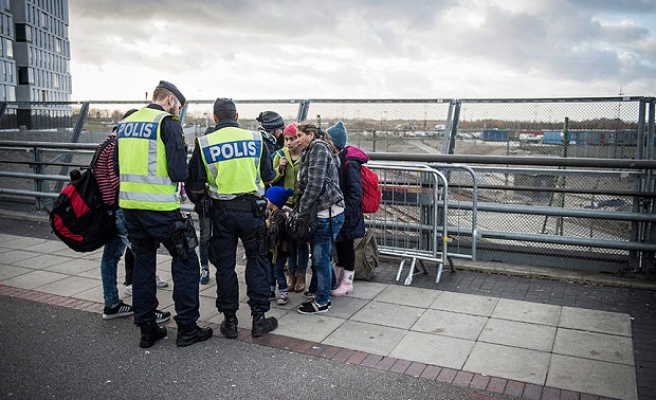 Europe can only solve the refugee and migrant crisis with help from Turkey, Sweden’s interior minister has said.

Speaking to Anadolu Agency on Friday, Anders e said both Sweden and other European countries have been unsuccessful in solving the worst migrant crisis facing the 28-nation bloc since World War II.

''Entire Europe has been unsuccessful in solving the refugee crisis, it couldn’t find a common solution,'' Ygeman said, adding that other EU member states didn’t share the burden with Sweden, which has taken in the most refugees per capita in Europe.

Hosting more than 2 million refugees, ''Turkey is the only country that can help Europe solve the refugee crisis,'' Ygeman said.

He said the EU must stick to the promises it made in a refugee action plan, under which the bloc will give Turkey 3 billion euros to meet the needs of refugees in the country.

''The economic promises made to Turkey must be kept; no one has the luxury to stand outside the deal,'' Ygeman said. ''[Crisis] can only be solved with a sincere support for Turkey.''

Earlier this month, Sweden introduced systematic photographic ID checks while in Denmark the government has approved a law to allow authorities to confiscate refugees’ valuables to cover the cost of food and accommodation during the asylum application process.