Sweden's first MP in a hijab challenges swing to the right

Leila Ali Elmi has promised to be a voice for those targeted by hostility to immigration. 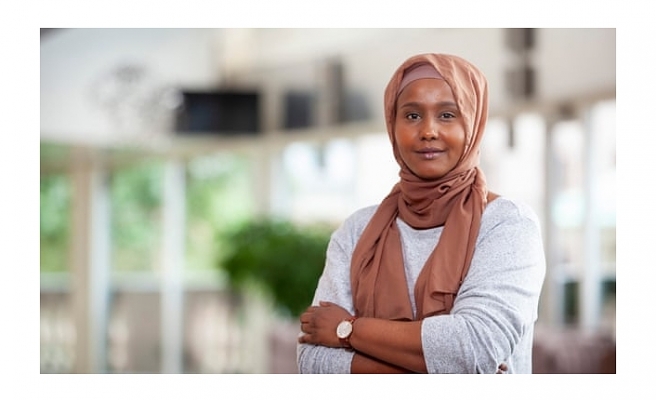 Swedes will this week be treated to a new sight: a Swedish MP giving a speech in a hijab.

Leila Ali Elmi, who arrived in the country aged two after her family fled civil war in Somalia, will make her parliamentary debut after winning a surprise victory in this autumn’s polls, promising a voice for people targeted by the groundswell of hostility to immigration.

“My getting elected has caused a lot of reactions from the racists,” she says in the Green party offices in Stockholm. “They weren’t really ready for it, but here I am.”

Ali Elmi, 30, represents the other side of an election that was dominated by the issue of immigration and had an increase in the far-right vote. She fought on the issues closest to residents of Angered, the disadvantaged, immigrant suburb that has been her home for the past 28 years – unemployment, overcrowding, exclusion and segregation.

Ethnic segregation in Sweden’s suburbs drew international attention in early 2013 when young people rioted in northern Stockholm, torching cars and schools and fighting with police. They said they were angry at police racism and felt like second-class citizens despite having been born in the country.

There have been flare-ups since, most recently when masked youths armed with molotov cocktails set 80 cars ablaze in a Gothenburg suburb. Problems with gangs, shootings and even grenade attacks have led some politicians to claim the suburbs are ungovernable no-go zones.

The far-right Sweden Democrats have been effective in linking these problems with immigration. The party won 17% of the vote in September’s poll, up from 12% in 2014, but not enough to push the Conservatives down to third place as had widely been expected.

The party has also shifted the political mainstream to the right. Sweden has moved a long way from the years leading up to 2016 when it welcomed 370,000 asylum seekers – by far the largest number relative to population of any European country.

For Ali Elmi, the issue is not immigration but rather the conditions in which most people with immigrant backgrounds live. “The Sweden Democrats say everything that is going wrong here is because of the immigrants, because Sweden is bringing too many people into the country, but this is a fiction. It is not true,” she says.