The sword-wielding attacker intentionally targeted students of foreign origins at a school in Sweden, police say, who called the incident a 'hate crime' 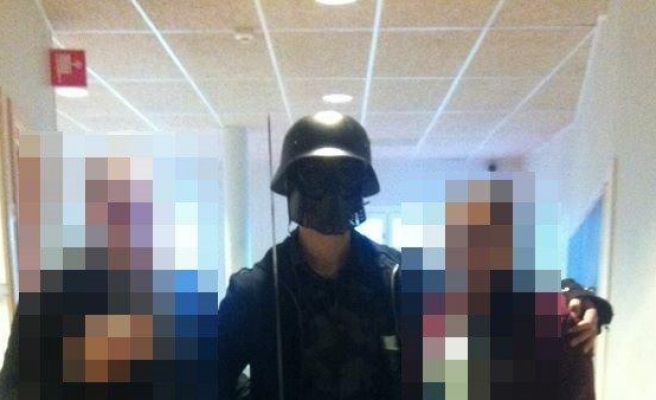 Swedish police have designated the recent attack at a school by a masked man wielding a sword that left two people dead as a “hate crime”.

Police said that all victims had foreign backgrounds and that Lundin-Petterson walked inside at least two classrooms to intentionally attack students who were born abroad.

"We regard it as a hate crime based on the way he behaved and dressed at the time of the attacks," police spokesman Peter Adlersson told Swedish daily Dagens Nyheter on Friday.

"We have also made some discoveries, both physical and digital in the man's residence, indicating that he had racist motives," Adlersson said.

Swedish daily Aftonbladet reported that people close to Lundin-Petterson described him as "reserved" with "sympathies towards far-right parties".

Trollhattan is one of Sweden’s most segregated municipalities and the area called Kronogarden, where the attack took place, has a very large foreign community.

Thursday’s school attack came only a few days after an asylum home in western Sweden came under arson attack Monday night in the fourth such outbreak of violence targeting refugee centers in just over a week.

Sweden’s far-right and anti-immigrant group, Sweden Democrats, which has a history of fascist movements, has become the most popular party in the country, according to YouGov poll released on Aug. 20.