Sweden has plans to expel 80,000 refugees whose applications for asylum had been rejected 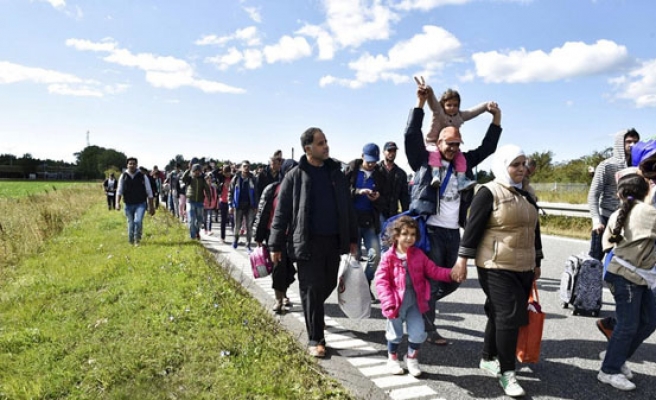 Sweden intends to expel up to 80,000 migrants who arrived in 2015 and whose application for asylum has been rejected, Interior Minister Anders Ygeman said Wednesday.

“We are talking about 60,000 people but the number could climb to 80,000,” the minister was quoted as saying by Swedish media, adding that the government had asked the police and authorities in charge of migrants to organise their expulsion.

The proposed measure was announced as Europe struggles to deal with a crisis that has seen tens of thousands of migrants arrive on Greek beaches, with the passengers - mostly fleeing conflict in Syria, Iraq and Afghanistan - undeterred by cold wintry conditions.

The U.N. says more than 46,000 people have arrived in Greece so far this year, with more than 170 people killed making the dangerous crossing.

Ygeman said the expulsions, normally carried out using commercial flights, would have to be done using specially chartered aircraft, given the large numbers, staggered over several years.

Sweden, which is home to 9.8 million people, is one of the European Union countries that has taken in the largest number of refugees in relation to its population. Sweden accepted more than 160,000 asylum seekers last year.

But the number of migrant arrivals has dropped dramatically since Sweden enacted systematic photo ID checks on travelers on January 4.

Swedish officials on Tuesday called for greater security at overcrowded asylum centers a day after the fatal stabbing of an employee at a refugee center for unaccompanied youths.

The alleged attacker was a young male residing at a center for youngsters aged 14 to 17 in Molndal near Gothenburg on Sweden’s west coast.

The employee was 22-year-old Alexandra Mezher, according to Swedish media reports, whose family was originally from Lebanon. A motive for the attack was not immediately clear.

Her death has led to questions about overcrowded conditions inside some centres, with too few adults and employees to take care of children, many traumatised by war.

In neighbouring Denmark, meanwhile, the government this week approved legislation to seize the valuables of refugees in the hope of limiting the flow of migrants.

Some have likened the Danish proposals to the confiscation of gold and other valuables from Jews by the Nazis during the Holocaust.