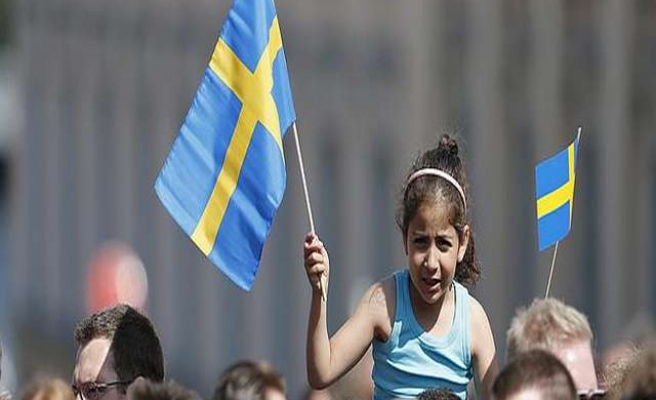 Sweden's decision to recognise the Palestine state - without formally consulting its allies - may herald a wider foreign policy shift that has at its heart the aim of asserting a new diplomatic weight around the world.

The ruling Social Democrats had signalled in their election manifesto an intention to recognise Palestine. But the speed of their post-election announcement, made during Swedish Prime Minister Stefan Lofven's inaugural address to parliament on Friday, surprised some countries including Israel.

Until now Sweden, under a centre-right government, has been close to Washington, active in Western military operations, and a vocal proponent of EU market reform. In making it the first major West European country to recognise the Palestine state, Sweden's new centre-left government looks like it is suggesting a change of direction on several of those fronts.

"We hope that this will give a new dynamic to the discussion of what is going on in the Middle East," Swedish Foreign Minister Margot Wallstrom told Reuters.

Wallstrom, who after Friday's government statement tweeted: "New role for Sweden in the world!" also told Reuters Sweden would now be less enthusiastic about working with NATO, and push a foreign policy that looked at disarmament and womens' rights.

"The areas you will see a clear difference ... there will be more focus on the United Nations ... including disarmament issues," said Wallstrom, a former EU vice-president and one of Special Representative of the UN Secretary-General.

Palestinians seek statehood in the Israeli-occupied West Bank and the blockaded Gaza Strip, with East Jerusalem as their capital. They have sought to side-step stalled peace talks by lobbying foreign powers to recognise their sovereignty claim.

The move to recognise Palestine appeared to have circumvented formal diplomatic circles, another sign that Sweden was determined to make its mark quickly.

"There has been no contact from the part of the government offices with other countries prior to the statement of government policy," Robert Rydberg, head of Middle East and North Africa department at Sweden's Foreign Ministry, told Reuters.

Israel also remarked on the speed of the statement.

"We expected it, it was an explicit campaign promise, but we were surprised that it came so fast," Israeli Foreign Ministry spokesman Emmanuel Nahshon said.

In response Wallstrom told local Swedish television: "It was expected that we would get criticism for this but it's not the United States who decides our foreign policy."

Lofven has said one of the politicians that he most admires was former Social Democrat leader Prime Minister Olof Palme, who antagonised the United States with criticism of the Vietnam War and visits to countries like Cuba in the 1970s and 1980s.

In an interview before the election, Lofven said Sweden's foreign policy had been "too passive" and his government would be more active in the United Nations and human rights.

Analysts said Sweden's decision to take the initiative on Palestine may prompt other EU countries to follow its lead. So far within the 28-member bloc some countries, like Hungary, Poland and Slovakia also recognise Palestine, but they did this before joining the EU.

"What Sweden or the Swedish government has decided is 'let's break the deadlock' or contribute to breaking the deadlock by moving," said Professor Yossi Mekelberg, Associate Fellow of the Middle East Programme at Royal Institute of International Affairs.

Andersson has talked of less austerity in Europe - in contrast to her predecessor Anders Borg - and the need for more taxes on the rich and on companies in Europe to tackle inequalities.

"We will see a more independent foreign policy," said Ulf Bjereld, professor of political science at Gothenburg University. "It will be one that does not toe the line as much with the Europe Union or Washington. "Sweden will be more visible." added Bjereld.