Assange has been stuck inside Ecuador's London embassy since June 2012 to avoid a British extradition to Sweden. 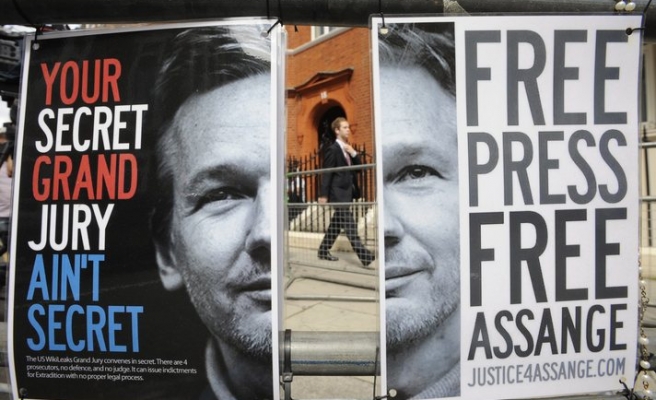 A Swedish appeals court rejected on Thursday an appeal by WikiLeaks founder Julian Assange to revoke a detention order over allegations of sexual assault, but called on prosecutors to make more effort to question him.

The 43-year old Australian has been stuck inside Ecuador's London embassy since June 2012 to avoid a British extradition to Sweden. Sweden wants to question him on allegations of sexual assault and rape but insists he must come to Sweden first.

Assange's lawyers have argued the arrest warrant should be repealed because it cannot be enforced while Assange is in the embassy and Swedish prosecutors had not travelled to London to interrogate him.

"There is no reason to set aside the detention solely because Julian Assange is in an embassy and the detention order cannot be enforced at present for that reason," Svea Court of Appeal said in a statement.

The court also said Swedish prosecutors had not made enough effort to interrogate Assange at alternative venues.

"The Court of Appeal ... considers that the failure of the prosecutors to examine alternative avenues is not in line with their obligation ... to move the investigation forward," it added.

Assange, who denies the allegations, says he fears that if Britain extradited him to Sweden he would then be extradited to the United States where he could be tried for one of the largest information leaks in U.S. history.

Swedish prosecutors want to question Assange over the allegations made by two female former WikiLeaks' volunteers in 2010.

He was taken into custody in London but freed on bail, later claiming political asylum in Ecuador's embassy.

The Court of Appeals said Assange could choose to leave the embassy, although he would then be arrested by British police.