Wallstrom said Sweden supported Israel, Palestine and peace, but was sharply critical of Israel's policies. "Israel has been extremely aggressive," she said 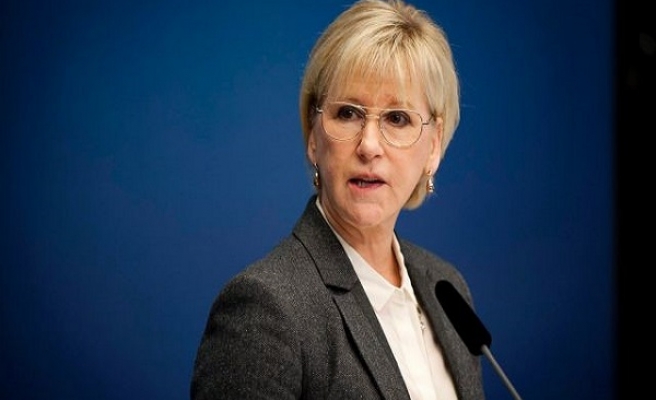 Sweden's foreign minister said on Friday Israel had irritated close allies by over-reacting to Stockholm recognising the state of Palestine, saying its rhetoric over the issue had "crossed all limits".

"It is unacceptable how they have been talking about us and everybody else," Margot Wallstrom said in an interview in daily Dagens Nyheter. "It has irritated not only us, but the Americans and everyone who has anything to do with them right now."

Relations between Israel and Sweden have nose-dived since Social Democrat Prime Minister Stefan Lofven used his inaugural address in parliament last year to announce that his country would recognise a Palestinian state.

Israeli said the move was ill-considered, would not contribute to peace and called its ambassador back to Jerusalem for discussions.

In the interview, Wallstrom said Sweden supported Israel, Palestine and peace, but was sharply critical of Israel's policies. "Israel has been extremely aggressive," she said.

Wallstrom had been due to go to Israel this week, but postponed her trip. The Swedish government said the decision was due to scheduling difficulties, but Swedish radio quoted an official at the Israeli foreign ministry saying Wallstrom would not have been extended an official welcome by Israel.

"We said that it is difficult to put these meetings together, diplomatic meetings of any kind, as we approach the elections," Paul Hirschson, spokesman for Israel's Foreign Ministry, told Reuters.

"I would add that the atmosphere between Israel and Sweden is not exactly the best right now and that factors into the decision. But the primary issue is the timing, more than anything else."