Centre-right re-elected in parliamentary polls and a far-right party wins seats in the legislature for the first time. 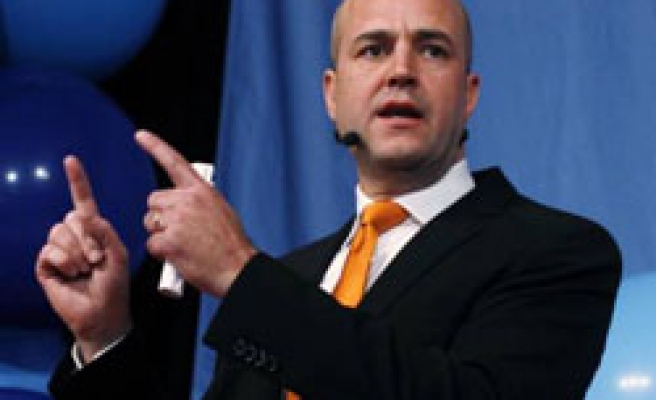 Fredrik Reinfeldt became Sweden's first sitting centre-right prime minister to win re-election, but was deprived of a majority by the first-time entry into parliament of an anti-immigrant party.

Analysts had said before Sunday's election that a hung parliament, with Reinfeldt's centre-right Alliance coalition having no overall majority, would unsettle investors and the Swedish crown weakened in early trading on Monday.

"An uncertain parliamentary situation is always negative for a currency, but the market pretty quickly goes back to focusing on other things," Handelsbanken analyst Claes Mahlen said.

"I don't think the view of Sweden will change dramatically."

"If this outcome stands we will have a scenario that most Swedish voters wanted to avoid -- that is that we have a xenophobic party holding the balance of power," said Ulf Bjereld, a political scientist at Gothenburg University.

Swedish newspapers said the election marked a dramatic shift for a nation once known for its tolerance and liberal policies.

"It is Monday morning and time for Swedes to find a new self-image," wrote daily Svenska Dagbladet.

"A centre-right government without a majority, a wrecked Social Democracy and a party with roots in far-right extremism holding the balance of power."

Daily Dagens Nyheter zeroed in on the political difficulties generated by the government falling short of a majority. "Tough situation awaits", ran a banner headline.

Reinfeldt, who campaigned on a promise of more tax cuts and reforms to trim the welfare state, has said he was prepared to lead a minority government but repeated on Sunday he would first approach the opposition Green Party for support.

"We have said that the biggest bloc should rule and that is the Alliance," he told supporters at an election night party, rejecting any cooperation with the far-right Sweden Democrats.

But the reception from the Green Party was cool.

"In the current situation we have continued red-green cooperation," said joint Green Party leader Maria Wetterstrand, referring to the alliance with the opposition Social Democrats.

Reinfeldt benefited from one of Europe's strongest economic recoveries to become the first sitting centre-right prime minister to win re-election in a country that was ruled for much of the last century by the Social Democrats.

The big news of the night was the entry into parliament of the anti-immigrant Sweden Democrats.

The Sweden Democrats have roots in neo-Nazi movements of the 1980s and 1990s but have gradually discarded these more radical elements.

The party is hostile to immigration and Muslims in Sweden.

One of the party's main goals is to have much lower levels of immigration and a return to what it sees as a policy of assimilation, rather than integration.

Immigrants account for 14 percent of Sweden's population, just above the 12.4 percent average for northern Europe, according to United Nations figures.