No one injured in late-night blaze at place of worship in Orebro, southern Sweden 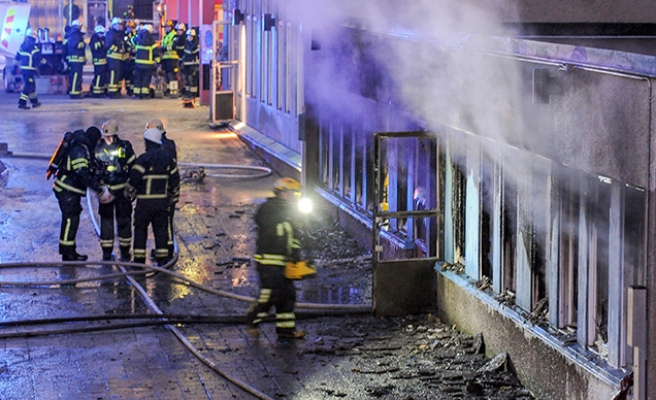 A mosque in the southern Swedish city of Orebro has been completely destroyed in a suspected arson attack, a fire department official said on Tuesday.

Firefighters arrived at the site at 2 a.m. local time (0000GMT) but the mosque was completely gutted, according to Orebro fire chief Ulf Jacobsen.

No one was injured in the blaze, Jacobsen said, adding that evidence pointed to it being an arson attack.

The Orebro mosque -- which has a capacity for 250 people -- was built in 2007 in the Vivalla neighborhood, home to Muslims from various countries.

The incident came after another suspected arson attack last May partially destroyed a Shia mosque in the Stockholm suburb of Jakobsberg.

An investigation by the Islamic Cooperation Council in Sweden revealed in 2015 that seven out of 10 mosques in the country had been attacked.

Sweden is a strong draw for many migrants and about 15 percent of its population was born abroad. An estimated 100,000 Turks live in the Nordic country.