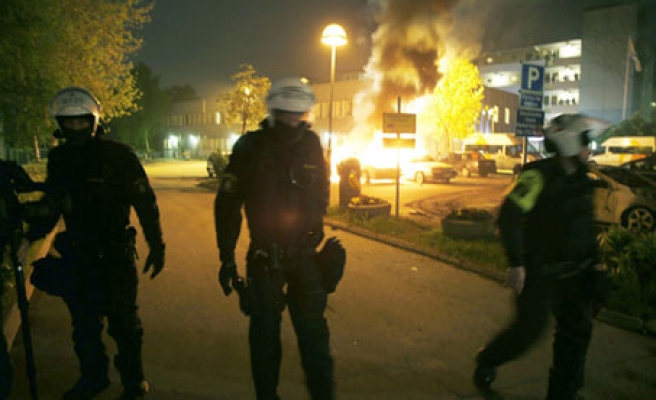 About 10,000 people turned out to demonstrate against a small rally by Sweden's extreme right in Stockholm on Saturday, just two weeks ahead of an election where immigration is a key issue.

Media reported that two police officers had suffered minor injuries in clashes with counter demonstators. Recent rallies by the extreme right have led to violence between marchers, counter demonstrators and authorities and hundreds of police sealed off streets in the capital to keep the two sides apart.

"Up to now, three people have been arrested," a police spokeswoman said after the rally by the extreme right Party of the Swedes had ended.

During the afternoon, more than 100 members of the party marched in the sunshine shouting "Sweden for the Swedes". Police, supported by horses, dogs, boats and helicopters sealed off the route of the march.

"We are here to make a statement against Nazis and racists," said Jenny, 24, who had come from the town of Enkoping about 40 minutes by car from the capital.

Last weekend left-wing demonstrators clashed with police as they tried to stop an extreme right rally in the southern town of Malmo.