The Emergencies Ministry said the number of fires burning across the country had jumped by 35 percent over the last 24 hours. 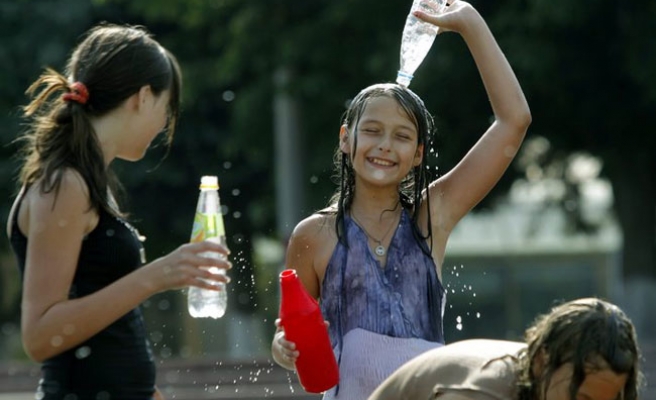 Russia was hit by sweltering heat that fanned fast-spreading forest fires on Wednesday, sparking fears of a repeat of last year's record drought and the death of hundreds of people.

The Emergencies Ministry said the number of fires burning across the country had jumped by 35 percent over the last 24 hours, now affecting an area of 10,800 hectares.

Last year's worst hot spell on record sparked peat bog and forest fires that scorched a quarter of Russia's crops and engulfed Moscow in a cloud of acrid smoke that health authorities said was behind hundreds of deaths.

Fires forced the evacuation of 60 people from their homes in a village in Russia's southern Volgograd province on Wednesday, the ministry said on its website www.mchs.gov.ru .

The worst fires were raging across the Far Eastern regions of Yakutia, Komi and Khabarovsk as well as Russia's northern Arkhangelsk and Karelia regions, it said.

Residents in the capital stewed in temperatures peaking at 35 degrees Celsius (95 degrees Fahrenheit), weather agencies said, but Russia's top forecaster said he did not expect a repeat of the extreme drought due to an expected drop in temperature by the end of the week.

With parliamentary and presidential elections approaching in December and March 2012, Russian authorities are eager to avoid a fallout from fires that last year shaved millions of dollars from the country's GDP and prompted a near year-long grain export ban.

Residents in the fire-stricken regions are concerned by risks to their health after the 2010 heatwave saw the death rates double in Moscow in August compared to the same period a year earlier.

In May President Dmitry Medvedev ordered officials to prevent what environmentalists, including Greenpeace, have warned will be a repeat of last year's wildfire chaos.