Switzerland and the European Union have signed a deal to include Croatia in an agreement on the free movement of workers, the Swiss mission to the EU said on its Twitter account on Friday. 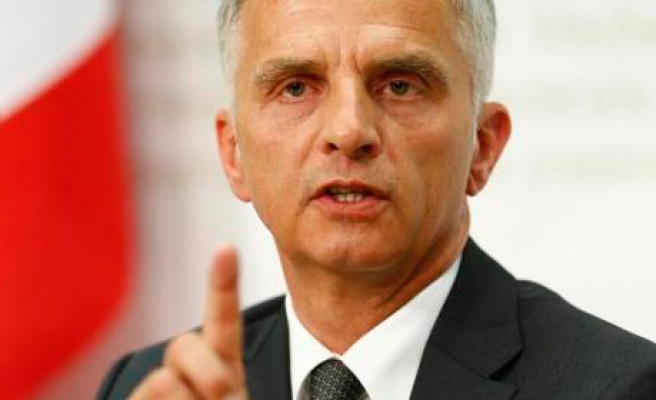 Switzerland on Friday signed a deal in Brussels allowing Croatians to work in the country, as it strives to resolve a dispute with the European Union over tightening immigration restrictions.

"The free movement of persons between Switzerland and the EU will also apply to Croatia in future," the Swiss government said in a statement.

Switzerland had been on the verge in early 2014 of signing new agreements with the EU to expand its open border and labour market arrangements to the newest member of the bloc, Croatia.

But in February that year, Swiss relations with the EU were thrown into disarray when voters approved a referendum to curb immigration from the bloc, and the Croatia agreement was put on ice.

Brussels had reacted angrily to the vote, saying such curbs put in doubt a whole range of bilateral agreements Switzerland had signed with the EU, its main trading partner.

The EU among other things suspended negotiations towards Swiss participation in lucrative EU research and education programmes.

"Things have changed. Now we are negotiating with the EU," Swiss Justice Minister Simonetta Sommaruga told a news conference.

The government meanwhile stressed that the deal signed Friday still needed to be ratified once the Swiss parliament has managed to draw up a law-change compatible with both the referendum outcome and the commitment to the free movement of people in Europe.

But the signing will have near-immediate consequences for Croatians, who within a few days will no longer need a visa to enter Switzerland.

Bern voiced relief over the deal, saying it represented "an important step towards full association for Switzerland in the (EU's) Horizon 2020 research framework programme," which it described as "essential for Switzerland as an economic and research location."

If Switzerland has not ratified the agreement by next February however, it acknowledged that the country would be treated as a third country within the lucrative programme, and would lose all EU funding.