The Bern Art Museum discovered in May it had been named sole heir of Cornelius Gurlitt, the recluse who kept the collection of 1,280 artworks hidden for decades 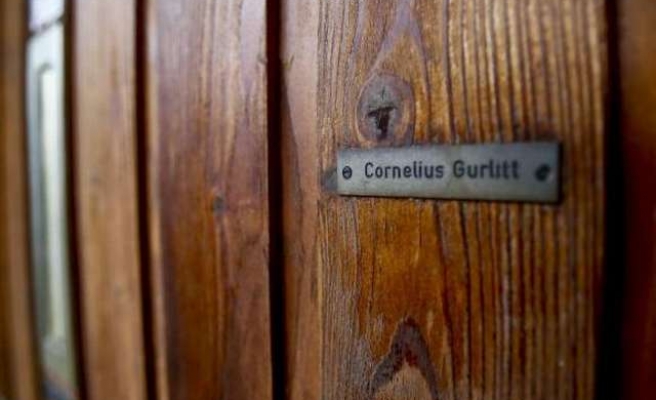 A Swiss museum has reluctantly agreed to accept part of a billion-euro art bequest from the late Cornelius Gurlitt, a German recluse whose secret collection included masterpieces looted from their Jewish owners by the Nazis.

Christoph Schaeublin of the Bern Art Museum (KMB) announced in Berlin it would accept all artworks bequeathed by Gurlitt which experts had ascertained had not been stolen by the Nazis. Others would remain with German authorities while their provenance is checked.

"This wasn't an easy decision for us and there were no shouts of joy," Schaeublin said, admitting that the museum had to be persuaded by German Culture Minister Monika Gruetters.

"Any works of art deemed to be looted art or even considered likely to have been looted art will never darken the doorstep of the KMB," said Schaeublin, president of the museum's board of trustees. He said they would "not even touch Swiss territory".

When Gurlitt died in May aged 81, the museum discovered it had been named sole heir to his collection of over 1,200 works. They had been hidden for decades until tax inspectors stumbled upon them in a raid on his Munich flat in 2012 after he was caught with large amount of cash on a train from Zurich.

The improbable treasure trove of Modernist and Renaissance masterpieces, which includes works by Chagall and Picasso, was assembled by his father Hildebrand Gurlitt, a dealer charged with selling what Adolf Hitler dismissed as "degenerate" art.

"We will do everything in our powers to return art looted by the Nazis to the descendants of the Nazi regime's victims as quickly as possible," said Gruetters.

A government task force has already identified three pieces indisputably taken by the Nazis which would be returned - by Max Liebermann, Henri Matisse and Carl Spitzweg.

The World Jewish Congress has warned the Swiss museum it risks an "avalanche" of lawsuits if it accepts the works. But Gurlitt's former lawyer, Stephan Holzinger, said the museum's decision reflected his late client's wishes.

Chris Marinello of the firm Art Recovery, representing the Rosenberg family which claims ownership of "Sitting Woman" by Matisse, said the return of looted art would now be sped up.

"We're looking forward to the expeditious return of the Matisse and all the looted works to their rightful owners in the coming weeks," Marinello told Reuters by phone from London.