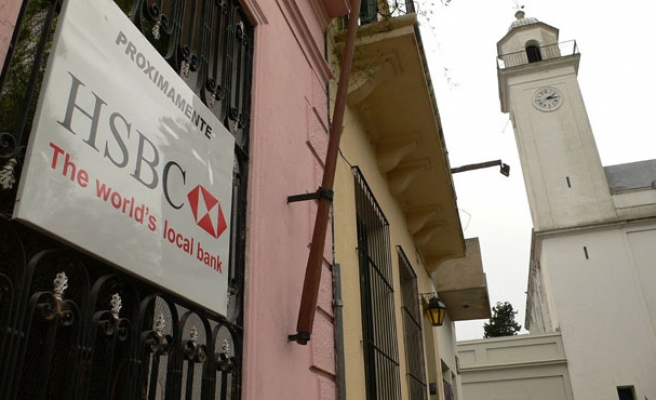 The raid is part of an investigation into alleged money laundering launched by the Geneva Canton public prosecutor, the regional Ministry of Justice said in a communiqué.

"The Geneva Canton Ministry of Justice opened this inquiry against the bank and persons involved for aggravated money laundering, after the recent public revelations about HSBC Private Bank Switzerland", the statement said.

HSBC said in a statement on Wednesday that it was "co-operating with Swiss authorities."

The inquiry comes after allegations that HSBC, Europe's biggest bank, was helping hundreds of clients evade taxes, which became public on Feb. 9.

The Washington-based International Consortium of Investigative Journalists made the allegations after obtaining data covering the period 2005-2007, which revealed the British multinational banking and financial services company's Swiss private bank had helped wealthy customers to dodge taxes.

HSBC published a full-page advertisement in several weekend papers in the U.K. with an admission and apology for the illegal actions.

The chief executive of HSBC's Swiss private bank, Franco Morra, said last week it had shut down accounts from clients who "did not meet our high standards".

The most recent media frenzy over the company has spilled into all aspects of London political life.

On Sunday, HSBC CEO Stuart Gulliver issued a public apology in wake of the revelations. Gulliver, who took over the helm of the bank in 2011, apologized for the practices of the past and said the current bank, has “absolutely no appetitive to do business with clients are who evading their taxes.”

Lord Green, who was the bank’s president from 2006-2010, has also stepped down from chair of the banking lobby group The City UK.

The story has received plenty of media attention, and the chief political commentator of the Daily Telegraph, Peter Oborne, resigned over his newspaper’s coverage of the scandal. Oborne said editorial policy pushed the story out of the limelight due to HSBC’s large advertising contract with the paper.