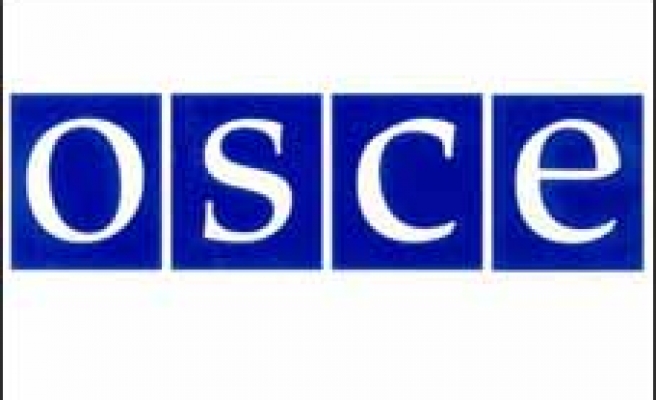 Switzerland, which chairs the Organization for Security and Cooperation in Europe (OSCE), said on Monday it is trying to convene an international contact group on Ukraine and urged all players to help defuse the crisis.

Addressing the U.N. Human Rights Council in Geneva as the OSCE Council met in Vienna, he said: "These talks also aim to discuss an observer mission with a particular focus on the rights of national minorities and human rights in Ukraine."

Asked how long it would take to deploy such a mission, Burkhalter told Reuters: "For the time being we are discussing this intention and I can't say if we can activate it.

"But we are ready for a lot of possibilities and we are preparing for that. The next hours and days will be better for knowing precisely about this possibility."

Ukraine said Russia was building up armoured vehicles on its side of a narrow stretch of water near the Ukrainian region of Crimea after President Vladimir Putin said he had the right to invade his neighbour, in comments that led to a sell-off in Russian assets.

"Recent events unfolding before our eyes in Ukraine have shown us that peace, security and human rights are no longer a given in Europe," Burkhalter told the main U.N. rights forum.