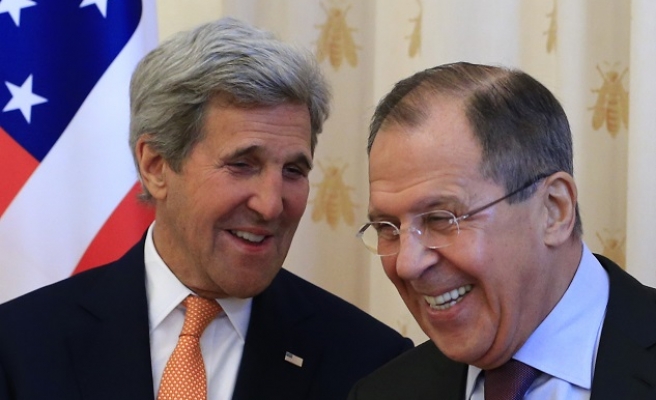 US Secretary of State John Kerry was in Moscow Thursday for talks on the Syrian crisis with Russian counterpart Sergei Lavrov amid a diplomatic push to end the five-year conflict.

Kerry's visit comes as Russia and the US intensify efforts to bring the Syrian conflict to a close while Europe faces a security crisis after Tuesday's terror attacks in Brussels, which left 31 dead and 300 injured.

An unprecedented ceasefire negotiated by Russia and the United has led to a "beneficial reduction" of violence in Syria, Kerry said.

But he stressed much work lay ahead to secure peace.

"We both know that more needs to be done in terms of both the reduction of violence and the flow of humanitarian goods," Kerry told Lavrov.

Kerry -- who is set to meet with President Vladimir Putin later Thursday -- said many in the international community hoped the US-Russian talks would "further define and chart the road ahead to bring this conflict in Syria to a close as fast as possible."

Lavrov told Kerry that diplomatic efforts had been focused on creating a "balance of interests" among all sides involved in the Syrian crisis, including Moscow and Washington.

After his Moscow visit, Kerry will travel to Brussels to offer Washington's support for Belgium's efforts to counter extremism.

Kerry told Lavrov that the triple bombings in Brussels "underscore the urgency" of fighting the ISIL group and other extremist organisations.

Moscow -- who said its bombing campaign in Syria was aimed at extremist groups -- has also called for unity in the fight against terrorism, with Putin saying Tuesday it required "the most active international cooperation."