Britain had been reviewing records of dual use chemicals exported and now believed that some of them had been diverted to Syria's chemical weapons programme. 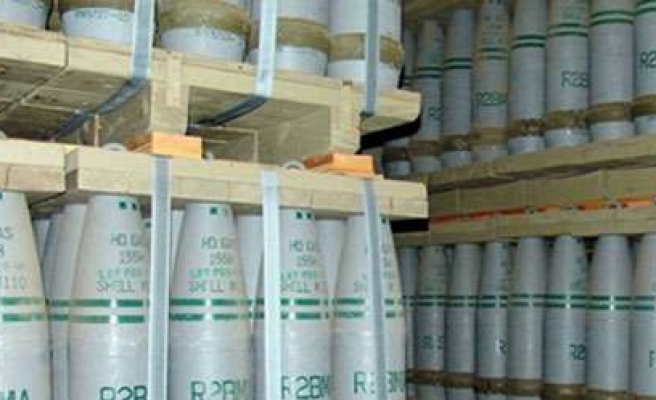 Britain said on Wednesday it was likely that chemicals which British firms had legally exported to Syria in the 1980s had been used to manufacture nerve agents, including sarin gas.

Britain had been reviewing records of dual use chemicals exported and now believed that some of them had been diverted to Syria's chemical weapons programme.

"From the information we hold, we judge it likely that these chemical exports by UK companies were subsequently used by Syria in their programmes to produce nerve agents, including sarin," Hague said.

Faced with the threat of U.S. air strikes last year, Syria promised to dismantle its 1,300-tonne chemical weapon stockpile after hundreds of people were killed in a sarin gas attack on the outskirts of the capital, Damascus.

The statement detailed three separate exports between 1983 and 1986 of "several hundred tonnes" of dimethyl phosphite and trimethyl phosphite, both of which Britain said could be used in the manufacture of nerve agents.

Ventilation fans exported to Syria by a British firm in 2003 had also been used in a chemical weapons facility, it said.

Hague said the chemicals were not subject to international or British export controls at the time, but that the rules had been tightened shortly afterwards.

Britain said on Wednesday it would destroy a further 50 tonnes of material from Syria's chemical weapons stockpile, taking the total amount it has agreed to process to 200 tonnes.