Syrian people must have a say on their future: Macron 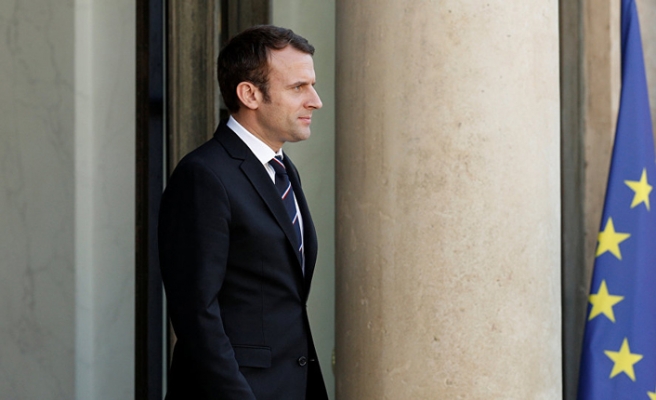 Syrian people must have a say on their future, French President Emmanuel Macron said on Saturday.

"It is not our business to decide for Syria but we can help Syrians make decisions about their future," Macron said, emphasizing that conditions for Syrians to vote and determine their own future needed to be set up in a constitutional framework.

Macron said restructuring of an inclusive Syria "is very important."

He added that without "a political solution" a repatriation process "cannot be convincing and inclusive".

Macron accused the Syrian regime of acting on a logic of conquest in military terms and said it was not a fruitful approach to ensure stability in Syria.

Macron said the use of chemical weapons both in the region and other parts of the world "is unacceptable regardless of who uses it."

Hundreds of thousands of civilians have been killed in the conflict mainly by regime airstrikes targeting opposition-held areas while millions more were displaced. During the conflict, Assad regime was accused many times by various international actors of targeting Syrian civilians with chemical weapons.

The French president also called for a comprehensive investigation on Saudi journalist Jamal Khashoggi's murder and urged for sanctions.

But Khashoggi's body has not been recovered, and Riyadh has yet to explain its shifting narrative on what transpired.

Erdogan on Tuesday laid out his country’s initial findings in its investigation, saying Khashoggi's murder was "premeditated".