Doctors Without Borders says it has seen intolerable overcrowding, with 53 people crammed into a cell meant for six 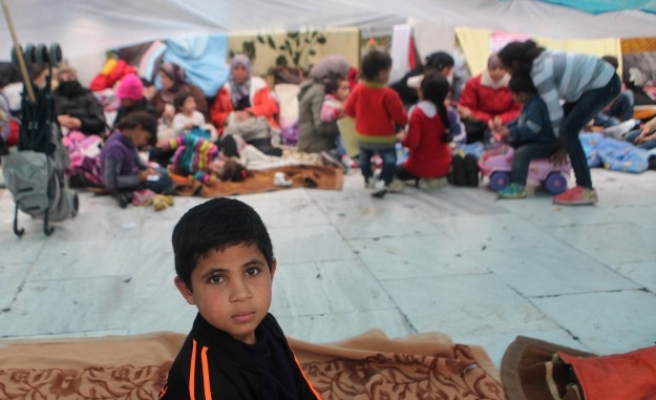 Thousands of refugees arriving to Greece, mainly from Syria, are “caught in a dysfunctional reception system and are facing inhumane conditions” an international medical organization said on Wednesday.

Doctors Without Borders said that many refugees are forced to sleep outside in the cold and rain or in overcrowded police cells, while waiting for days to be transferred to the Greek mainland.

"We have seen intolerable overcrowding, with 53 people crammed into a cell meant for six," Kostas Georgakas, a Doctors Without Borders field coordinator, said.

"These conditions are unbearable for even one night, especially for people already suffering physically and psychologically after fleeing war," he added.

The organization quoted official figures according to which more than 14,000 people — more than 90 percent of whom are fleeing war-torn Syria — have crossed the Aegean Sea from Turkey to the Dodecanese islands this year in search of safety.

Greece and the European Union must improve the treatment of refugees, migrants and asylum seekers as well as offer them adequate medical assistance and protection, Doctors Without Borders said.

As the Syrian conflict between opposition armed groups and Assad regime forces enters its fourth year, millions of Syrians have fled to Turkey, Jordan, Lebanon and other nearby countries.

Hundreds of Syrian refugees including women and children, staged a hunger strike last month in front of Greece's Parliament House in Athens, calling on the Greek government to observe their rights as refugees.