Turkey should impose sanctions on Russia and follow the example of European countries, Crimean Tatar leader and member of Ukraine’s parliament has said. 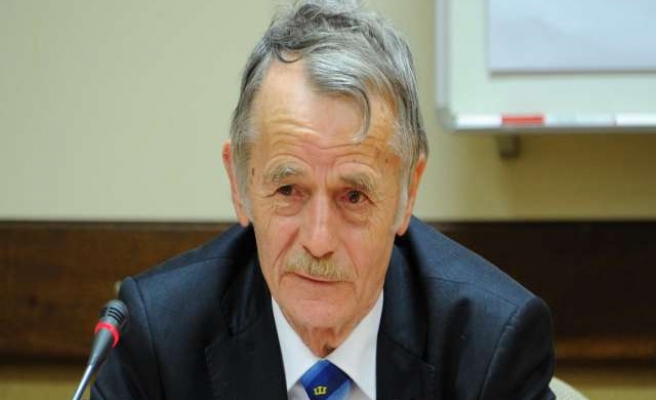 Turkey should impose sanctions on Russia and follow the examples of European countries, Crimean Tatar leader and member of Ukraine’s parliament said Tuesday.

Mustafa Abdulcemil Kirimoglu made the remarks in an interview with The Anadolu Agency before his scheduled meetings with President Recep Tayyip Erdogan and Prime Minister Ahmet Davutoglu in Ankara.

The EU and the U.S. have imposed sanctions on Russia because of its alleged actions of stirring unrest in Ukraine. The Crimean Tatar leader called on Turkey to also impose sanctions.

"We want Turkey to impose sanctions like the European countries did," he said.

"They say these sanctions will continue until Russia's withdrawal from the occupied lands," he said. But, he wondered, for how long these international sanctions could last.

About the situation in Crimea, he said "until now about ten thousand of our citizens have left Crimea and went to other cities of Ukraine."

A referendum on the status of the Crimea was held on March 16, 2014 in which the Crimean population was declared to have voted in favor of becoming part of the Russian Federation. The U.S. and the EU denounced the referendum as illegitimate since the region was occupied by Russian soldiers at the time.

Leaders of Crimean Tatars, the Turkic ethnic group, had also opposed the peninsula's referendum to declare independence from Ukraine and join the Russian Federation.