UN chief Antonio Guterres, French President Emmanuel Macron and German Chancellor Angela Merkel led the diplomatic push in Bonn, but it was a small boy with a big smile who got the message across. 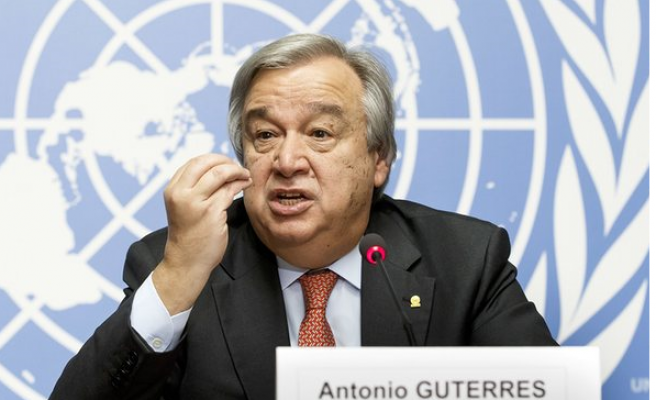 World leaders shared the spotlight with a 12-year-old Pacific islander on Wednesday to drive home a plea for urgent climate action despite the Trump administration's rejection of a planet rescue plan.

"My home, my school, my source of food, water, money was totally destroyed. My life was in chaos," Timoci Naulusala, whose village in Fiji's Tailevu province was hit by a devastating cyclone last year, told hundreds of delegates including some 25 heads of state and government.

"My once beautiful village is now a barren and empty wasteland... Climate change is here to stay unless you do something about it."

The boy received rousing applause before shaking hands with some of the most powerful people in the world and posing for photographs at the 23rd annual round of UN climate talks.

The leaders descended on Bonn to re-energise negotiations hamstrung by America's rejection of the 2015 Paris Agreement.

They were met in the morning by anti-fossil fuel protesters waving posters proclaiming: "Clean coal is a dirty lie" and "Stop corporate capture of the climate".

The Paris pact, which Donald Trump announced in June the US would abandon, took more than two decades to negotiate and envisions a drawdown of Earth-warming greenhouse gas emissions from burning coal, oil and gas.

Labelling climate change "the defining threat of our time", Guterres told delegates that continued investment in fossil fuels made no financial sense and was "counterproductive".

"We must stop making bets on an unsustainable future that will place savings and societies at risk," he said.

Macron, for his part, described climate change as "the most significant struggle of our time", and urged European countries to open their wallets for the UN's IPCC climate science panel, which is facing a critical budget shortfall.