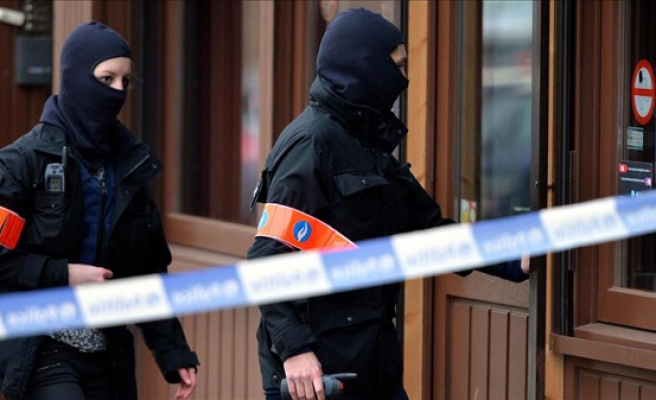 A terrorist suspect was killed Tuesday in a police raid in Brussels linked to November’s Paris attacks, local media reported.

Two others are still at large following the operation in the suburb of Forest, broadcaster RTBF said. Four Belgian police officers were injured.

The suspects barricaded themselves in an apartment where the body was later found.

The operation was carried out in collaboration with the French police, the French and Belgian interior ministers said.

Daesh has claimed responsibility for the Paris attacks that killed 130 people. Many of the attackers had links to Belgium and police carried out a series of raids in Brussels in the days after the Nov. 13 atrocity.

Most of the suspects either died during the attacks or were later killed in police raids. Eleven have been charged in Belgium in connection and a further eight are still in detention.