The $6bn profit makers behind the refugee crisis 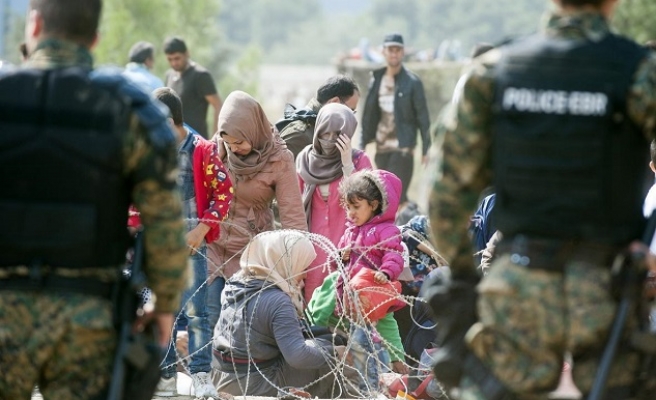 Europe's police agency said Monday it has made fighting refugee smuggling a "key priority" as it launched a new centre to help tackle the continent's worst refugee crisis in 60 years.

"The turnover is set to double or triple if the scale of the current migration crisis persists in the upcoming year," Europol's director Rob Wainwright warned.

Latest figures show tens of thousands of refugees have already crossed Europe's borders since the start of the year.

Europol has therefore "made refugee smuggling one of its key priorities", Wainwright said.

The EMSC will help EU member states trace and arrest the organised gangs behind the smuggling.

Almost 90 percent of the more than one million refugees who illegally entered the EU last year used a "facilitation service" to get to Europe, Wainwright said.

"In most cases, these services were offered and provided by criminal groups... making substantial profits from refugee smuggling," he added.

Europol currently has intelligence on more than 40,000 individuals suspected of being involved in refugee smuggling and the agency has assisted in 1,551 investigations.

The EMSC will see a team of migration and crime specialist focus in particular on two regional "hotspots" -- Catania in Sicily and Piraeus in Greece.

"The aim of the regional hotspots is to assist national authorities in the field of identification, asylum support, intelligence sharing, criminal investigations and the prosecution of criminal networks of people smugglers," Wainwright said.

The flow of refugees and refugees, which last year reached levels over one million people, shows no signs of slowing.

Fabrice Leggeri, head of EU border agency Frontex, last week warned that the bloc should brace for another charged year in 2016, telling AFP there had already been 140,000 illegal border crossings.

"The fight against refugee smuggling is a key priority for the EU in addressing the refugee crisis," added Dimitris Avramopoulos, the EU's Commissioner for Migration.