Thousands more refugees on their way into Austria

Based on recent experience, the Austrian authorities are expecting 6,000-8,000 new arrivals through the day 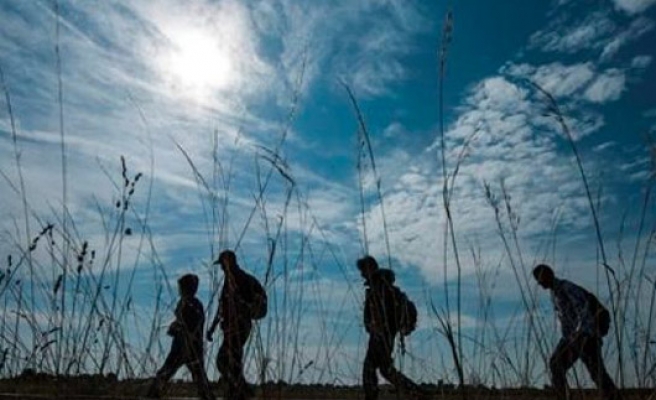 Austrian authorities said they were expecting another wave of migrants and refugees coming over the border from Hungary on Sunday, after a brief lull in arrivals gave them a chance to re-stock reception centres.

Austria struggled last week to cope with thousands of people entering its territory, almost all of them on their way to Germany. The train link to Hungary has been closed since Thursday in a bid to stem the flow.

Only 50 people crossed the border early on Sunday morning, but Hungarian authorities had said more were on their way and numbers could climb to 500 an hour, a spokesman for the Austrian police said.

Based on recent experience, the Austrian authorities were expecting 6,000-8,000 new arrivals through the day, the spokesman added.

Thousands of refugees, many of them fleeing the Syrian conflict, are crossing into Hungary, an eastern outpost of Europe's passport-free Schengen zone, every day.

Many are traveling on to the continent's more prosperous west and north in what is Europe's worst refugee crisis since the Yugoslav wars of the 1990s.

The police chief for Austria's Burgenland province, which borders Hungary, told ORF radio on Saturday a lull in arrivals had let the authorities clear backlogs and clean reception centers, but he expected more arrivals soon.

Hungary plans to seal its southern frontier with a fence by Sept. 15. Its police said 4,330 migrants were detained on Saturday, most of them near Roszke, on the border with Serbia.