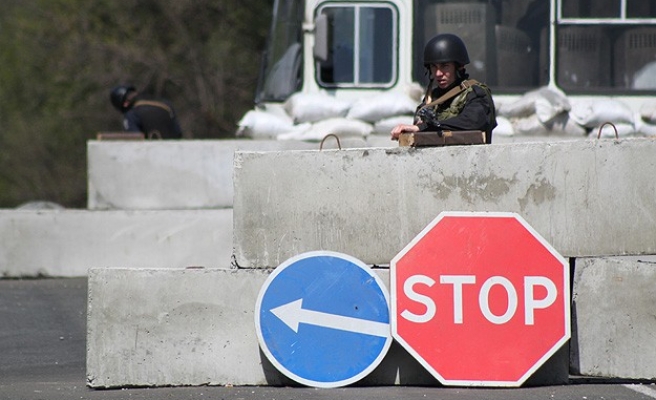 Thousands of Russians marched in protest against the armed conflict in Ukraine on Sunday in the first major anti-war rally since the start of the standoff between Kiev and pro-Russian rebels.

The armed conflict, which Kiev and the West blame on Russia's support of the separatist armed groups in eastern Ukraine, has killed more than 3,000 people since April, although this month's ceasefire has brought a relative calm.

The organisers of "The March for peace" said over 50,000 people were expected to take the streets in Moscow alone on Sunday afternoon and deliver a strong message to President Vladimir Putin: stop the war. Protests were also expected in other cities across Russia.

"Putin means war, he is the leader of the party of war," one of the organisers and prominent Kremlin critic Boris Nemtsov said by phone. "If there are a lot of us today, he will back down, because...he is afraid of his own citizens, and only the Russian people can stop Putin."

Russian and Ukrainian flags were seen flying in the crowd, as banners read "We are together", "Putin, I'm sick of your lies" and "I don't want a war with Ukraine." Protesters were heard chanting "No to war."

"The message of this march is to call on our authorities to stop this outrageous covert war that they don't admit (waging)," said Yelena Volkova, a protester in her 50s wearing a Ukraine flag above a traditional Ukrainian shirt, or "vyshyvanka".

"Russia should withdraw its mercenaries from the territory of Ukraine, and then everything will be fine," said a man in his 40s who only gave his first name, Gennady. He held two blue and yellow balloons, the colours of Ukraine's flag.

Also at the rally were a group of people with flags of the self-proclaimed Donetsk and Luhansk people's republics, two Ukrainian regions that have declared independence from Kiev. They chanted "Novorossiya", the Russian name for the breakaway regions, and insulted the protesters.

The Kremlin has denied Western accusations that it has supported rebels in the Ukraine conflict and sent combat troops, blaming the West for backing Kiev forces who Moscow says are killing civilians by bombarding rebel-held cities.

A ceasefire has largely held since the peace deal was signed earlier this month by representatives of Moscow, Kiev and rebels, despite skirmishes and sporadic artillery shelling.