'Palestine don't you cry, we will never let you die', shout demonstrators 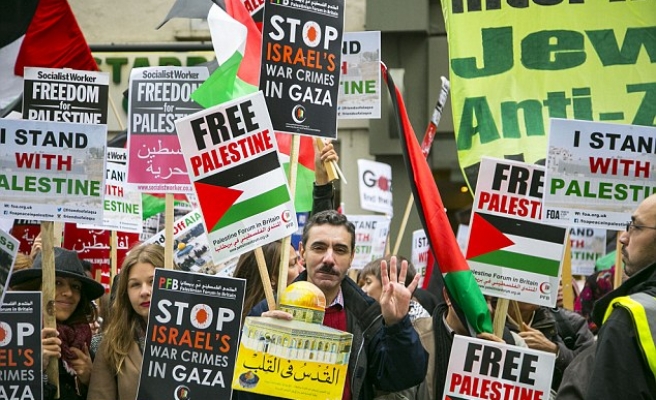 Thousands of people gathered in front of Israel's London embassy Saturday to protest the escalating violence in the Palestinian territories and violations in holy sites in East Jerusalem.

"Palestine don't you cry, we will never let you die!" protesters shouted in solidarity with Palestinians. Some placards read "Stop Israel's war crimes in Palestine".

Former MP George Galloway, who was among those attended, also commented on the recent situation in Palestine.

He said that Palestinians “have suffered in some cases almost 50 years, in some cases almost 80 years of illegal, military, brute occupation. And the people have had enough. They decided -- like the Jews of the Warsaw Ghetto in 1943 -- that it is better to die on your feet than live on your knees”.