Thousands rally in Moldova for unification with Romania

The rally organizers said some 50,000 people took part in the protests while police put the number at 5,000-6,000 people 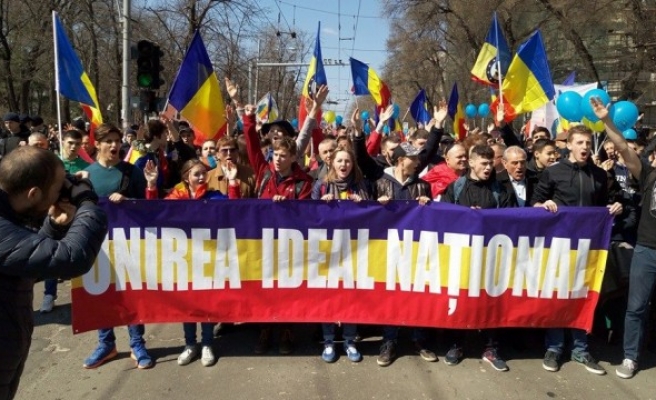 Thousands of people calling for Moldova's reunification with Romania took to the streets of Chisinau on Sunday in a so-called "march of reunion."

The protesters say unification with EU-member Romania is the way forward for corruption-ridden Moldova to move forward and join the European Union.

The protest is meant to mark 98 years since the former Romanian province of Bessarabia -- which covers the region of Moldova and Ukraine today -- was unified with Romania on March 27, 1918.

Later on, during World War II, Bessarabia was incorporated into the former U.S.S.R., with most of its territory becoming the Soviet republic of Moldova.