Thousands of mourners have attended the funeral ceremony of a German student of Turkish descent, who was brutally attacked by thugs on Nov. 15. 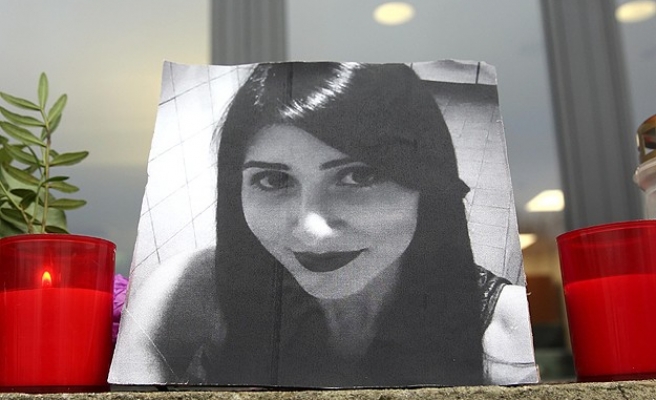 Thousands of mourners attended Wednesday the funeral ceremony of a German student of Turkish descent, who was brutally attacked by thugs for defending two other girls from harassment.

Albayrak was attacked in Offenbach on Nov. 15 in the parking lot of a fast food restaurant by three men of Serbian origin when she confronted them for harassing two young girls aged between 13 and 16 in the toilet area.

She suffered from brain hemorrhage and slid into a vegetative state.  Her family preferred to wait for her 23rd birthday before turning off her life support last week. The incident brought about an outpouring of emotions across Germany, where many young women and men took to the streets to protest against Tugce’s murder.

German police have arrested an 18-year-old suspect in connection with Tugce's death.

Turkey’s Ambassador to Berlin, Huseyin Avni Karslioglu, German State Hessen's Prime Minister Volker Bouffier and Turkey's Ambassador to Frankfurt Ufuk Ekici were among the thousands who attended the funeral prayers and offered their condolences to the Albayrak family.

Many mourners held banners in their hands, including some which said, "You are our angel,” “You'll be always in our heart," and "this could happen to our daughters."

The Bild Newspaper ran the headline, "Germany say goodbye to an angel."

The daily also said, "We all cry for Tugce today. All people silently cry at her funeral."

Der Spiegel's headline in its online edition said: "Hundreds of people pay their last respect to her."

German Chancellor Angela Merkel's spokesman, Steffen Seibert, said at a press conference in the Federal Press Center in Berlin that Germany's President Jaochim Gauck, Chancellor Merkel and her government leaned towards giving the slain woman the Order of Merit of the Federal Republic of Germany.

President Gauck had described Tugce's brave act to save two young girls as "civil courage" at the weekend upon her death.

An online petition asking German government to decorate Tugce Albayrak with Order of Merit was signed by more than 100,000 people shortly after it was launched on a social network.