Three arrests in Hungary over dead refugees in lorry

Austrian newspaper Krone has said that three people have been arrested over the truck tragedy that saw 90 refugees found dead in a lorry. 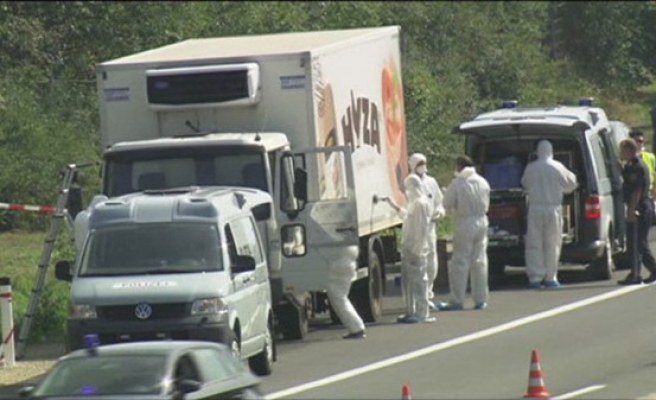 Three people have been arrested in Hungary in relation to the more than 70 dead refugees found in an abandoned lorry in Austria, Austrian newspaper Krone said on its website on Friday without citing sources.

A spokesman for Austria's interior ministry could not confirm the Krone report. Hungarian police had no comment. Austrian police were not immediately available for comment.