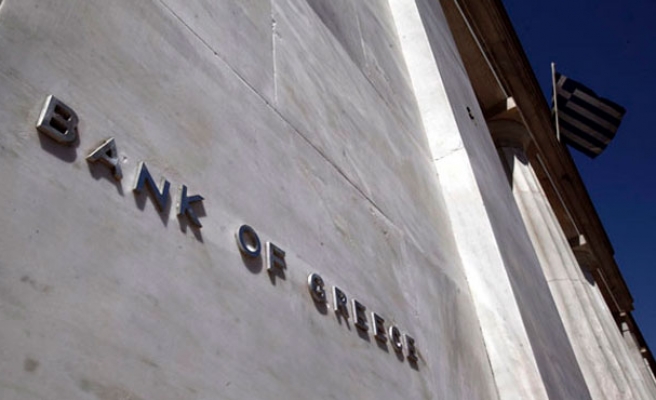 Three of Greece's four major banks have started to tap emergency funding from the Greek central bank as some depositors have withdrawn their money due to political uncertainty, two sources familiar with the situation told Reuters on Tuesday.

Tightening liquidity conditions ahead of a Jan. 25 election prompted the Bank of Greece to ask the European Central Bank to approve the emergency liquidity line for all of the country's top lenders - National, Piraeus, Alpha and Eurobank.

The ECB, which approved the emergency funding line for two weeks, is due to reassess the situation on Wednesday in what could be a tense meeting. Germany's Bundesbank is critical of Greece's use of such funding as it believes it could be used to support the government by soaking up its new short-term debt issuance which might otherwise be hard or more costly to sell.

The sources said the banks have borrowed about 2 billion euros ($2.27 billion) from the Bank of Greece since use of the ELA facility was approved by the ECB on Jan. 21. They declined to name the banks that used the facility.

The request was submitted after Eurobank and Alpha applied to be able to tap emergency funding as a precaution because customers had been withdrawing cash before the snap election, called after the previous government lost a key parliamentary vote. Deposit outflows have continued since the election although bankers say they have started to slow this week.

Under emergency liquidity assistance, national central banks can lend to commercial banks if the ECB gives its approval.

Greek banks relied on the facility heavily at the peak of the debt crisis in 2012 but had repaid the funds they borrowed then by early last year.

Now they are suffering a fresh liquidity squeeze from deposit outflows and as foreign banks close off interbank repo lines due to uncertainty over the new left-wing government's standoff with its EU/IMF lenders.

Borrowing from the domestic central bank's ELA window against various types of collateral is more expensive than ECB funding and needs the ECB's approval but they may be forced to use it if they have already run out of collateral that is acceptable at the ECB's funding window.

While such an emergency lifeline is the responsibility of the national central bank in Athens, its peers across the euro bloc can veto it if a sufficient majority on the ECB Governing Council objects.

Euro zone central bank chiefs meet every two weeks and could in theory pull the plug at any time although such a drastic step seems unlikely for now.

Greek banks are likely to retain access to central bank financing even after the bailout expires at the end of the month as long as the Greek government is engaged in negotiations on a reform programme with the euro zone that is supported by the bailout, two euro officials told Reuters.

That would remove the immediate threat of Greece being forced to leave the euro, a question that would arise if Greece was unable to fund itself and its banks, while keeping pressure on Athens to reach an agreement with its official creditors.

ELA requires either a reform programme agreed with the euro zone or the prospect of reaching such an agreement. The ECB has kept the taps on for Greece before, as well as for Cyprus.

"I believe that there will be a deal and Greece will take more time to present its programme," a senior Greek banker who is regularly briefed by the government and central bank told Reuters. "If that means two or maximum three months then Greek banks will be able to use the ELA facility."

Germany's Bundesbank is concerned that the ELA funding could be abused if banks use it to buy Treasury bills to help cover the government's funding needs. The banks could then use that short-term debt as collateral for further central bank liquidity.

There is a 15-billion-euro cap on the banks' holdings of such debt but Greece has asked the European Union's economics chief to back an increase in that cap by 10 billion euros, newspaper Kathimerini reported on Tuesday.

Instead of resorting to emergency liquidity, the Bundesbank wants money earmarked for banks in the Greek aid programme to be used, according to people familiar with the discussion.