A gunman ‘used kalashnikov and knife’ wounded three people on a train from Amsterdam to Paris. 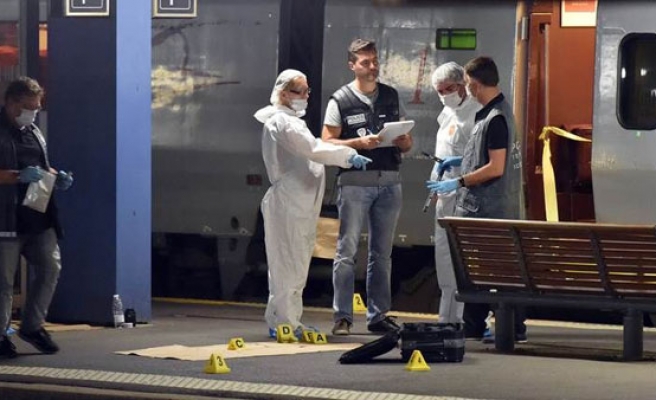 A gunman has opened fire on a Thalys train travelling from Amsterdam to Paris, wounding three people before he was arrested at Arras in Pas-de-Calais, Northern France, according to the Interior Ministry spokesman Pierre-Henry Brandet.

According to Brandet, two of the victims -- American and British -- were seriously injured and the French actor Jean-Hugues Anglade suffered a light injury in his hand.

"The gunman opened fire using a kalashnikov in the train, and used a knife as well. The motives behind the attack are still unknown," Brandet said in a televised statement.

The incident took place shortly after 4 p.m. GMT and the gunman was overpowered by other passengers when the train stopped at the town's station, according to Christophe Piednoel, the spokesman of French state rail company SNCF.

French Interior Minister Bernard Cazeneuve is on his way to Arras, Brandet added.