'Their goal was to act in Spain,' Interior Minister says 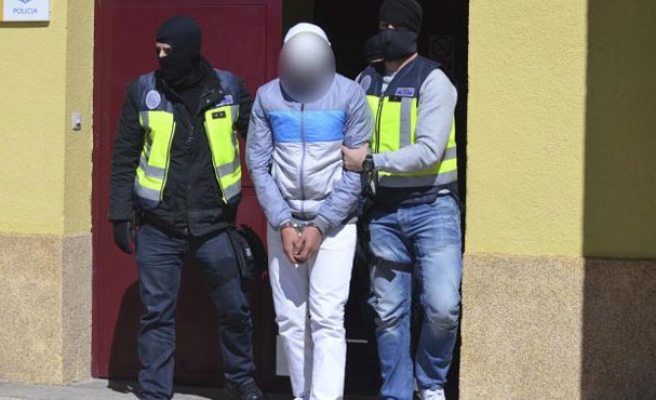 Spanish authorities said Tuesday they had arrested three Moroccans suspected of links to the ISIL group, who were aiming to carry out terror acts in Spain.

The three suspects, who are legal residents of Spain, were arrested in two neighbourhoods of the capital Madrid in the early hours, authorities said in a statement.

Interior Minister Jorge Fernandez Diaz said that, unlike in other cases of suspected extremists arrested in recent months in the country, the suspects were "not devoted to attracting, indoctrinating, radicalising, recruiting" people to travel to Syria or Iraq to join the ISIL.

"Their goal was to act in Spain," he said on Cadena Ser radio.

Europe has been grappling with a growing number of extremist cells on its territory and radicalised Muslims leaving to fight for the ISIL group or joining the rebels in Iraq and Syria.

More than 100 people from Spain are suspected of having joined extremist fighters in Iraq and Syria and authorities fear they may return to launch attacks.

Some 171 suspected extremists have been detained in security operations since December 2011, according to the interior minister.