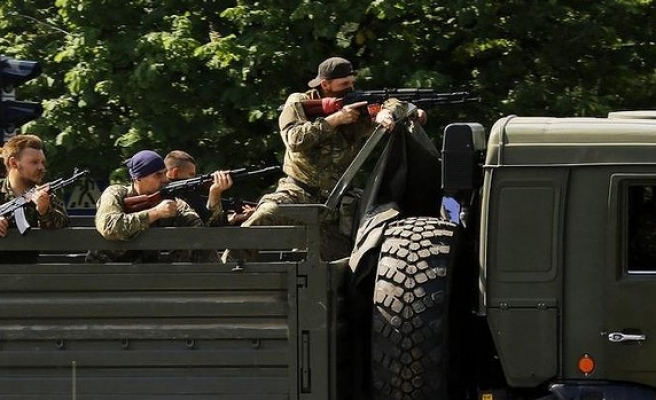 Russia is sparing no effort to convene another round of peace talks on the conflict in east Ukraine, Foreign Ministry spokesman Alexander Lukashevich said on Thursday, criticising Kiev's reluctance to do so.

"Russia will dedicate the maximum effort to having a meeting of this group organised as soon as possible and bringing about positive results for further steps towards carrying out the Minsk agreements," Lukashevich told a news conference.

Lukashevich said he was "puzzled" by the Kiev envoy's comments, and that the separatists were very interested in holding the talks. He blamed Kiev for scrapping a teleconference on Wednesday to prepare the meeting.

The Russian spokesman said the new round of talks should focus on agreeing a demarcation line between the rival sides in east Ukraine and an exchange of prisoners.

The West accuses Russia of supporting the rebels with arms and of sending troops to destabilise Ukraine and stall its drive towards the European Union. Russia says it is not involved in the armed conflict, a position Lukashevich reiterated on Thursday.

Three Ukrainian soldiers were killed and eight wounded in attacks by pro-Russian separatists in the past 24 hours, a military spokesman said on Thursday, further marring a truce which began with a "Day of Silence" on Tuesday.

Military spokesman Andriy Lysenko said government forces had come under attack from separatist shells 22 times in the past 24 hours, though the army itself was still observing Tuesday's "silence regime".

The renewed violence in Ukraine's east, where separatists have broken with the pro-Western government in Kiev and set up 'people's republics', further clouded prospects for a resumption of peace talks to end eight months of conflict.

Though Russia said on Thursday it was sparing no effort to convene another round of peace talks, Kiev has ruled out another meeting with Russia and the separatist leaders until the guns have fallen completely silent in a fully-supported ceasefire.

Russia, Ukraine and separatist leaders last met in the Belarussian capital Minsk in September under Organization for Security and Cooperation in Europe (OSCE) auspices and mapped out a 12-point peace plan including a call for an immediate ceasefire.

But hundreds of Ukrainian troops, civilians and rebels have been killed since in unabated fighting.

More than 4,300 people have been killed in the conflict, which began after Ukraine's Russian-backed president was toppled by street protests in February.

Russia subsequently annexed Ukraine's Crimea peninsula and threw its support behind the separatists in the east, driving relations between Moscow and the West to the lowest point since the Cold War.