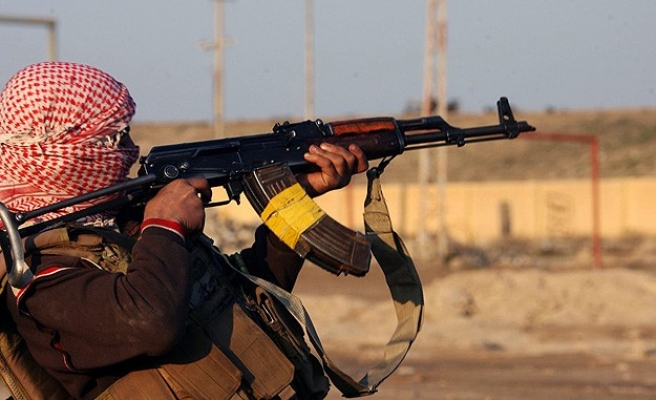 Three men were accused in a Norwegian court on Tuesday of joining or aiding ISIL in Syria, in the first case of its kind in the Nordics.

Djibril Bashir and Valon Avdyli pleaded not guilty to participating in a terrorist organisation, and Visar Avdyli denied providing aid to such a group - both offences under a new Norwegian law designed to crack down on returning militants.

Authorities in Norway, Sweden, Denmark and Finland estimate that 300 to 400 people may have left for places like Iraq and Syria to receive militant training.

All three Norwegian nationals acknowledged travelling to join ISIL, which has grabbed large parts of Syria and Iraq and, analysts fear, opened a new front in Libya.

If found guilty, they face up to six years in prison.

Two of those were arrested in the Spanish North African enclave Melilla and ran web pages promoting the cause of various groups, especially ISIL, translating material into Spanish, ministry said in a statement.

As well as running webpages, the two alleged Melilla recruiters organised meetings where they showed videos and material from ISIL designed to persuade young Muslims from Western democracies to become fighters.

Some of those who attended the meetings had already begun to prepare to go to militant areas, the ministry said.

The other two suspects were arrested in Barcelona and Girona in northeast Spain for posting pro-jihadist material on Facebook.

The police are investigating links between the Melilla and Catalan groups.

Tunisia also arrested about 100 suspected militants in the last three days, some of whom were preparing attacks, officials said on Tuesday, and published video footage showing evidence of an ISIL influence on some of those detained.

News of the arrests comes one week after four Tunisian policemen were killed by militants in the central region of Kasserine, close to the Algerian border.

Mohamed Ali Aroui, a spokesman for the Interior Ministry said security forces had uncovered a militant cell in the city of Hammam Ghzaz that was preparing explosives to use in attacks on security buildings.

A video published by the Interior Ministry on Facebook showed the cell had owned instructions for making explosives and a picture of Abu Bakr al-Baghdadi, the leader of the ISIL militant group which is active in Syria and Iraq.

ISIL has already expanded its presence in Libya, where it has exploited the absence of law and authority as rival militias battle it out, and there are fears it is seeking to expand its activities in the rest of North Africa.

In addition, Tunisia has been a major source of fighters travelling to Syria since 2011. The number of Tunisians fighting in Syria has been estimated at about 3,000. A few hundred have returned home, although many have been tracked down and arrested.