Tony Blair could be questioned for 'trying to save Gaddafi' 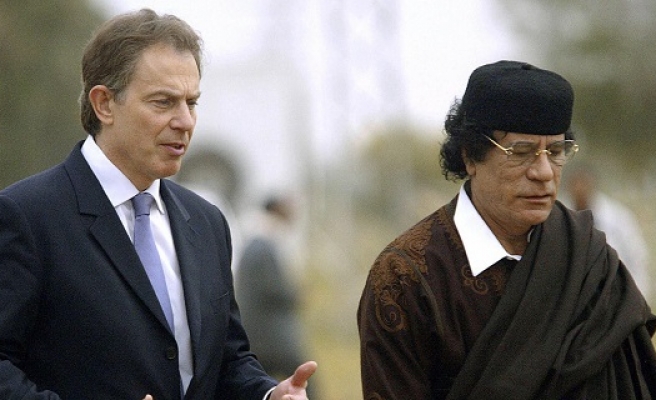 Former UK Prime Minister Tony Blair could be summoned before MPs to face allegations he offered to help rescue Muammar Gaddafi during the 2011 NATO-led military campaign against Libya.

Blair supposedly contacted the PM's office saying that the then Libyan leader wanted to "cut a deal" with Britain, but Cameron did not take up the offer.

Former Foreign and Defense Secretary Sir Malcolm Rifkind said Blair should be questioned by MPs over the claim.

"There is no reason at all why [MPs] shouldn't pursue it," he said.

He also added that despite Blair being "entirely reasonable" by passing the Gaddafi's message, UK was not the one to negotiate since it was an international military operation.

"The actual rising against him was not initiated by Britain or the United States. So any deal that Gaddafi wanted to do really was not a matter for the British government or the American government," he said.

"People will be appalled that a former prime minister saw fit to lobby on behalf of a dictator," Gethins, who is also a member of the Foreign Affairs Committee, said.

Foreign Affairs Committee chair Crispin Blunt said the committee would like to know about the infamous "deal in the desert" made between Blair and Gaddafi in 2004, in which the Libyan dictator allegedly agreed to renounce terrorism in exchange for lucrative oil contracts.

The claims emerged in a new biography, titled Cameron at 10, by Sir Anthony Seldon, who has also written biographies of previous Prime Ministers Tony Blair, Gordon Brown and John Major.