Pamfilova's announcement also came a day after Medvedev signed into a law a hugely controversial bill expanding the powers of the FSB security service. 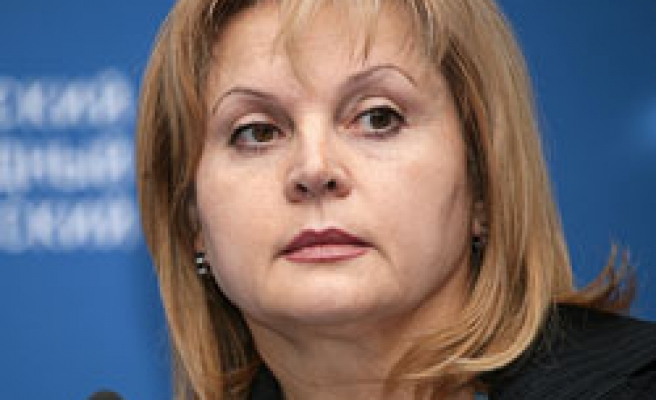 The head of the council advising Russian President Dmitry Medvedev on rights unexpectedly resigned Friday, in a blow for the Kremlin chief who has made developing civil society a "priority" of his rule.

Ella Pamfilova, the activist who headed the president's council on human rights and the development of civil society, said she would not disclose the reasons for her decision at the moment.

But, Pamfilova told Reuters her resignation was "connected to the general atmosphere in Russia today", but declined to elaborate further.

Pamfilova's announcement also came a day after Medvedev signed into a law a hugely controversial bill expanding the powers of the FSB security service, which activists have slammed as a throwback to the Soviet era.

"I have handed in my resignation as chairperson of the council," Pamfilova told the Interfax news agency. "It is my personal decision, no one has forced me, it has not come suddenly."

"I will not discuss the reasons now," she added. "I will just say I want to change my sphere of activity and it will definitely not be politics or state service."

Pamfilova, who was appointed to the post in 2002 under then-president Vladimir Putin, has in recent months voiced sharp criticism of Russia's domestic policies and what she said was the government's failure to engage with civil society.

Medvedev has repeatedly called for more democracy and openness with civil society in Russia since taking office two years ago as Putin's anointed successor, but human rights groups and diplomats say little has changed in practice.

Pamfilova, an energetic Soviet-era politician, in March told European Union officials that Russia's democratic institutions were underdeveloped and said she had not seen any significant changes in the sphere of civil rights.

Kremlin critics have said human rights suffered under Putin's presidency. Many murders of campaigners and journalists, most notably that of the leading opposition journalist Anna Politkovskaya, remain unsolved and activists have questioned the state's will to solve them.

The law, which restores a Soviet-era practice of issuing warnings to people it believes are about to commit a crime, sparked outrage from rights workers and who said it was aimed at intimidating journalists and the opposition.

Last week Pamfilova, along with a dozen other campaigners including veteran human rights activist Lyudmila Alexeyeva, appealed to Medvedev in an open letter to protect colleagues in Chechnya after the Kremlin-appointed leader of the volatile region lamabsted rights workers.