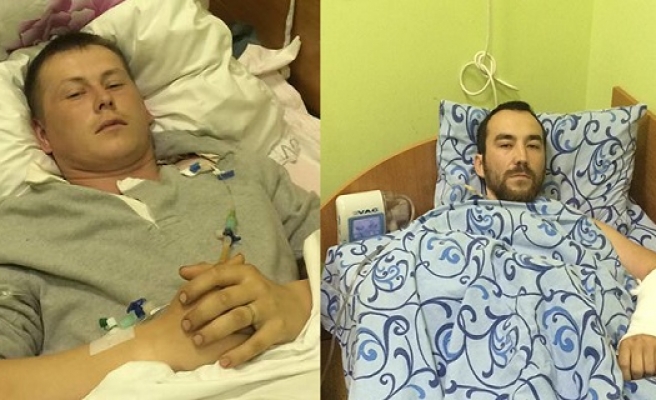 The trial opened Tuesday of two alleged Russian soldiers captured in eastern Ukraine and accused of taking part in fighting against the Ukrainian army.

The pair, said by Ukraine to be members of Russian special forces, have been held since May. Moscow, which vigorously denies its troops are present in Ukraine, has said the two are "former soldiers."

Their lawyer said the two men had been charged with waging an "aggressive war" against Ukraine and "terrorism."

The two were captured in a clash with Ukrainian soldiers on the front line in eastern Ukraine. One Ukrainian was killed in the battle.

The Russians testified during a taped interrogation that they entered the war zone nearly two months ago as part of a 200-strong reconnaissance unit from the Russian army's Main Intelligence Directorate (GRU).