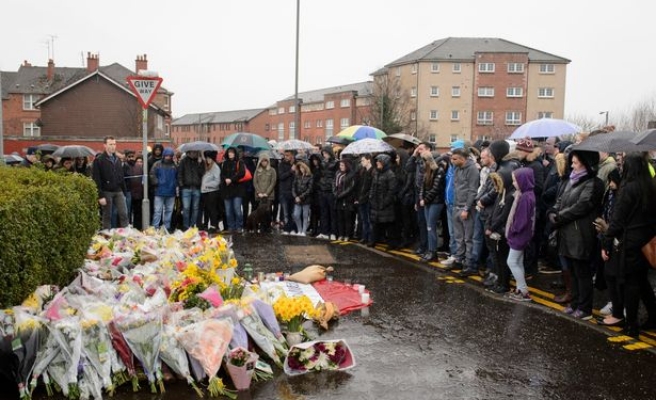 Tributes were paid Saturday to a British Muslim shopkeeper killed in what police described as a "religiously prejudiced" attack, as a Muslim suspect remained in custody.

Asad Shah, 40, died after being found with serious injuries outside his shop in the Scottish city of Glasgow on Thursday evening.

He was believed to be a member of the minority Ahmadi Muslim community, and media reports said he was originally from Pakistan.

Police arrested a 32-year-old Muslim man on Friday, and a spokeswoman said: "A full investigation is underway to establish the full circumstances surrounding the death which is being treated as religiously prejudiced."

In a statement on Saturday, the Ahmadiyya Muslim Community UK condemned the "completely brutal, horrific and unjustified attack".

The day before his death, Shah had apparently posted a message on Facebook reading: "Good Friday and very happy Easter, especially to my beloved Christian nation x!"

Scottish First Minister Nicola Sturgeon joined a vigil for Shah outside his shop on Friday night, while locals gathered again on Saturday to pay tribute to a man they said was a pillar of the community.