The Boeing 777 came down in eastern Ukraine on July 17, killing all 298 people on board, two-thirds of them Dutch. 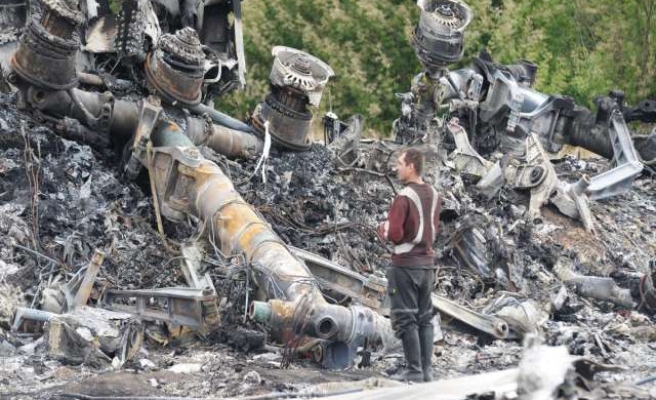 Trucks carrying wreckage from Malaysia Airlines flight MH17 crossed into the Netherlands overnight where investigators waited to try and rebuild the airliner almost five months after it crashed.

The Boeing 777 came down in eastern Ukraine on July 17, killing all 298 people on board, two-thirds of them Dutch.

Washington and its allies said pro-Russian rebels fighting in the area hit the plane with a surface-to-air missile. Russia, caught up in its worst confrontation with the West since the Cold war, said the missile came from a Ukrainian government jet.

Relatives of the dead passengers and crew waited outside the Dutch airforce base in the southern town of Gilze-Rijen where the wreckage was due to arrive later in the afternoon.

Grieving families have protested against delays in investigating how the plane broke apart - debris lay strewn across the crash site for months after the crash. One group last week called for a U.N. envoy to take over the investigation, saying the Dutch authorities had failed to build a case.

The Netherlands launched the largest criminal investigation in its history after the crash and supervised the collection of the debris by Ukrainian emergency services.

The wreckage was transferred under a deal with Kiev and, through mediation by the Organisation for Security and Cooperation in Europe (OSCE), the pro-Russian separatists.

The Dutch safety Board said the bits of wreckage would be photographed, scanned and categorized and experts would then attempt to reconstruct the airliner.